Resiliency on the River: Aslett-Kurica Eye Center reopens after Ida 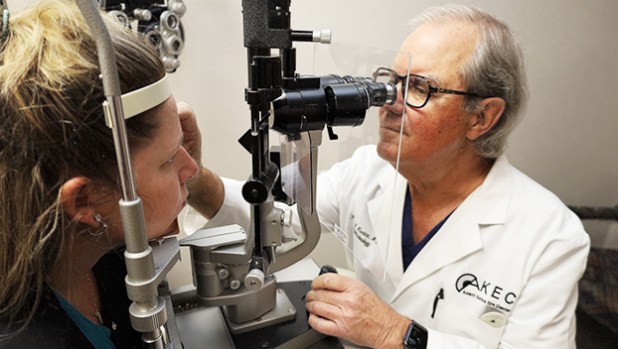 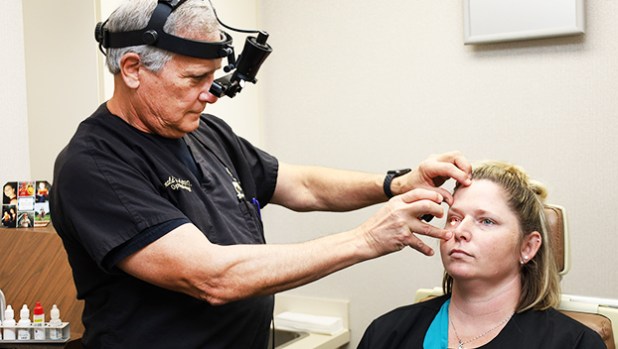 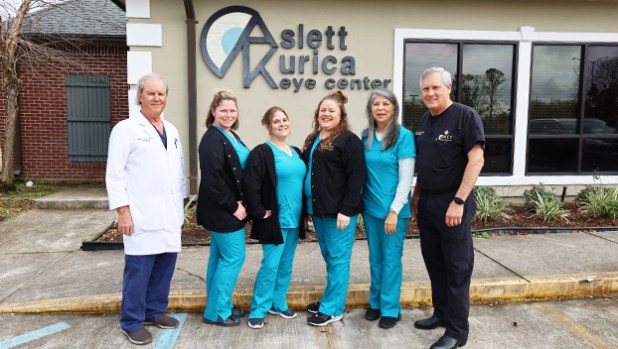 LAPLACE — Sights are set on a productive 2022 at Aslett Kurica Eye Center in LaPlace. After being closed for more than four months from Hurricane Ida damage, the practice is now 100% operational and ready to serve the River Parishes community.

Aslett Kurica Eye Canter was without power for 30 days following Hurricane Ida. Roof damage, wind-driven water and high humidity was a recipe for disaster as mold began to spread in the building. Mitigation efforts took 70% of the ground floor and about half of the second story down to the studs.

Dr. Ronald S. Aslett and Dr. Philip J. Kurica said the staff made every effort to maintain open communication with patients throughout the rebuilding process. A phone line remained open while the building was closed to assist patients with rescheduling appointments, obtaining prescription eye drops and ordering contact lenses.

“We kept up with patients all along as their appointments would come due and let them know what was going on. By December, we had a projected date of when we would be able to reopen,” Dr. Kurica said.

“We have a retinal doctor who also works at another doctor’s office on the West Bank,” Dr. Aslett said. “We reached out to our critical patients needing follow-up for macular degeneration and gave them the option of seeing some doctors on the West Bank. We wanted to make sure they had continuity of care.”

Returning to full-time operations on January 17 after four-and-a-half months was an adjustment, but the doctors are thankful to be back in the office they’ve called home for so many years.

Aslett Kurica Eye Center has served the River Parishes since 1984. The two founding physicians initially came into the area in separate practices before realizing they were stronger together.

“I think Phil and I coming together has allowed us to do more. There’s strength in numbers, and it’s been very beneficial for the community,” Dr. Aslett said.

Dr. Philip Kurica’s son, Dr. Daniel Kurica, joined the team in 2009. The multi-generational business has likewise impacted generations of families in the River Region. Children who came for eye care in the 80s, 90s and 2000s are now returning with their children in tow.

Aslett-Kurica Eye Center sees approximately 12,000 visits per year, with many patients coming not only from the River Parishes, but also from Hammond, Ponchatoula, Gonzales and other surrounding areas.

Physicians understand that many patients are continuing to face extenuating circumstances as a result of Hurricane Ida. Patients who need to schedule an appointment should call 986-652-6066 for assistance.