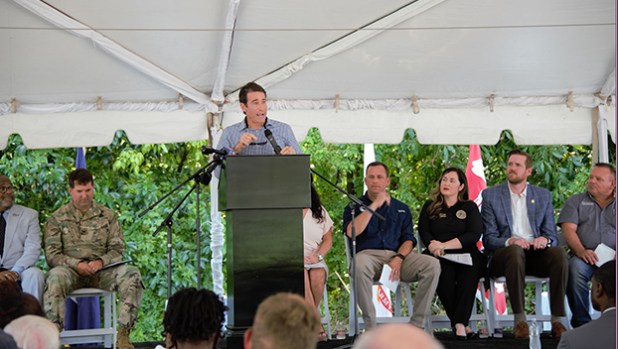 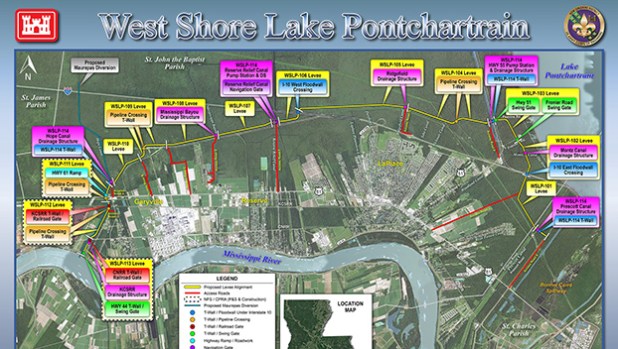 LAPLACE — An additional $453 million allocated to the West Shore Lake Pontchartrain levee project will cover the costs of inflation and extra resiliency features, according to U.S. Congressman Garret Graves.

Last week, Graves (R-Louisiana) announced the additional $453 million was funded by the Hurricane Ida Supplemental Disaster Relief Bill, bringing the total federal investment in the project to more than $1.2 billion.

Work is underway on the West Shore Levee Project to provide 100-year storm surge risk reduction to more than 60,000 residents across St. John the Baptist, St. James and St. Charles parishes. When $760 million was announced for the levee in 2018, the project was considered fully federally funded.

“We were told it was $760 million, we get all of the money, and then just a few years later, we get told that we need more money, and not just a little bit. The $453 million is a huge increase to the overall project,” Graves said. “It is concerning that we are seeing such surges in price. I can sit here and gripe about the project surges, but at the same time, as we saw from Hurricane Ida, protection is absolutely critical. It’s not anything we can compromise on. That’s why we sought to get the extra dollars.”

While inflation and worker shortages have contributed to increased cost of construction, these extra costs will not consume the entire $453 million allocated through the Hurricane Ida Supplemental Disaster Relief Bill.

Graves said the majority of the money is designed to be spent on resiliency features for the West Shore Levee, which will increase the scope of the project.

“This project dates back to the early 1970s, and there have been a lot of lessons learned from storms like Katrina on how we’ve got to make sure that projects are more resilient,” Graves said.

There is not currently a laundry list detailing exactly how the money will be spent. According to Graves, the financial breakdown will be provided in a re-evaluation report reviewing how the scope of the project has changed since 2018. This report will also include designs of resiliency features.

Graves said one example of a resiliency feature is rip-rap boulders placed along the lake side of the levee alignment.

“When you have winds and waves coming in that are pounding the levee, you put things like that in front of it to largely channel the wave energy up as opposed to into the levee,” Graves said.

Another example of a resiliency feature is placing additional concrete or reinforcement around certain features of the levee, especially along curves and transitions in the alignment. These areas were found to be the most vulnerable in levee systems during storms like Hurricane Katrina.

While adding resiliency features could extend the timeline of the project, Graves said he is optimistic that significant protection will be in place by 2024.

The groundbreaking for construction of the West Shore Levee Project took place in July 2021. The project spans 18.5 miles, which includes 17.5 miles of levees, one mile of T-wall, drainage structures, pump stations and several non-structural protection measures to form an integrated protection system.

Several West Shore Levee contracts have been awarded thus far, including: a 160-day test section contract; three stockpile contracts, including two for clay and one for sand; two initial clearing contracts; and one mitigation bank contract.

According to the most recent stakeholder update from the U.S. Army Corps of Engineers, work was underway on multiple access roads north of Garyville as of December 2021.

The U.S. Army Corps of Engineers also altered plans for pump stations along the levee alignment. Pump stations at the Reserve Relief canal and at I-55 are now planned to have a combined capacity for pumping 4,000 cubic feet of water per second. The West Shore Levee feasibility report previously called for a combined pumping capacity of only 2,150 cubic feet of water per second.

“I would like to thank the president and our Congressional Delegation including Rep. Graves, Rep. Carter, and Sen. Cassidy, for continuing to support the West Shore Levee Project,” Hotard said. “Additionally, I look forward to continuing to work with the governor’s office, The Coastal Protection and Restoration Authority, Pontchartrain Levee District and U.S. Army Corps of Engineers, on completion of a successful project. Today, we are one step closer to much-needed flood protection in St. John.”