The initial investigation revealed the crash occurred as Tatman was walking near the northbound fog line of LA Hwy 73. At the same time, a suspected Dodge Ram was traveling north of LA Hwy 73 and struck Tatman.

Tatman sustained serious injuries as a result of the crash. She was transported to a local hospital, where she ultimately succumbed to her injuries. As part of the ongoing investigation, a toxicology sample was obtained from Tatman for analysis.

Based off of evidence collected at the scene, Troopers believe the vehicle that struck Tatman is a 2018-2020 Dodge Ram 2500 or 3500 model. After striking Tatman, the passenger side mirror housing was dislodged from the vehicle and left on the scene.

This crash remains under investigation, and Troopers ask that anyone with information regarding this crash contact Louisiana State Police Troop A at 225-754-8500.

Attached are photographs of the mirror housing that was left on the scene and a stock photo for reference. 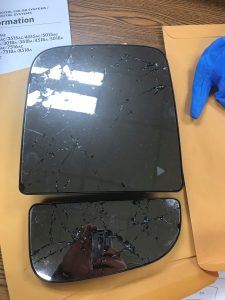