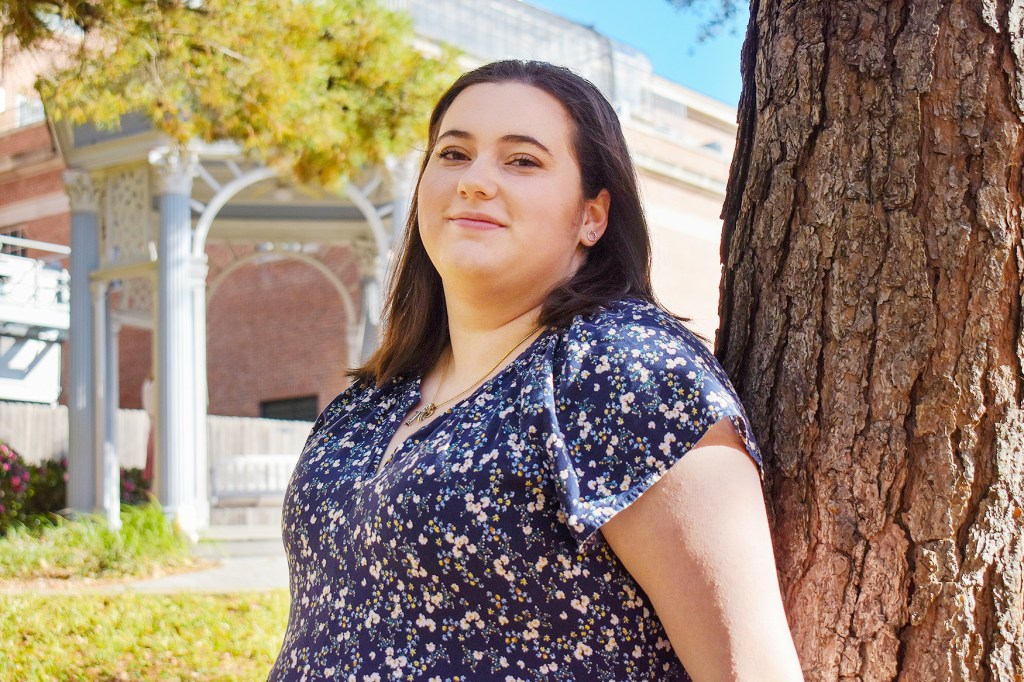 LAPLACE — Anna DiMaggio of LaPlace has a talent that’s pleasing to the ear. She’s a storyteller through sound, and her musical compositions can bring any text to life through visceral rhythms, tempos and tone.

DiMaggio recently placed second in the PLD 150 Young Composers Competition held by the Bach Society of Dayton. In May, she will travel to Ohio for media interviews and an opportunity to see her composition, “Hymn of My Salvation,” performed by an SATB choir.

DiMaggio studies under Dr. James Eakin III at Centenary College of Louisiana’s Hurley School of Music. She plans to graduate in May 2023 with a bachelor of arts in music and a concentration in composition.

Her passion for music blossomed at Riverside Academy in Reserve, where she graduated from high school in 2019.

“I got into music when I played clarinet in the marching band at Riverside. I decided to pursue composition in college because I didn’t want to do performance or education, and this was the other option that I knew about. As I got more into the world of composition, I kind of fell in love with it,” DiMaggio said. “I would love to compose for the concert hall setting and for other choral ensembles. I’m also open to see if film is an opportunity or if a different kind of producing is in my future.”

The PLD 150 Young Composers Competition was organized as a tribute to Paul Laurence Dunbar. DiMaggio learned about the national competition through her professor at Centenary, and she was given a choice of four texts to compose for.

“I really enjoyed one of the texts called ‘A Hymn.’ It has very vivid language about how you are saved, so I titled mine ‘Hymn of Salvation,’” DiMaggio said. “A lot of my inspiration for this piece came from the text. Whatever the text says is what the music does.”

Where the text states “no harm will befall me,” DiMaggio’s musical arrangement cascades down. Her composition reflects the words in the hymn while also bringing the emotions behind the text to the surface.

“If the words say fall or rise, those are very obvious cues for the music to follow to reinforce that concept. There are certain chords and progressions you can use to create a very warm feeling if the words are very comforting,” DiMaggio said. “There are also ways to create tension to make the resolution even better.”

DiMaggio’s “A Hymn of Salvation” will involve a choir set-up with piano accompaniment.

“Of course, I am looking forward to the performance, but I am more looking forward to being able to meet people. I’ll be able to sit down and have a meal with all of these benefactors and founders of this organization. I’ll also be able to get to know the first place winner and create that connection for the rest of our lives,” she said.

DiMaggio is the daughter of Amy and Andrew DiMaggio Jr. of LaPlace.