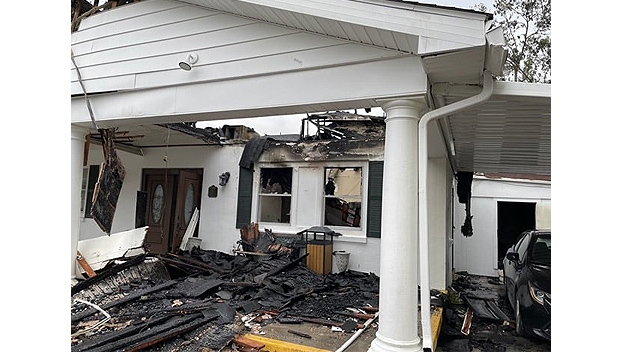 No injuries were reported during the incident. The H.C. Alexander staff stated that no decedents were inside of the funeral home at the time of the fire, and all pre-arrangement records have been recovered.

Responders with the Norco Area Volunteer Fire Department were alerted to the structure fire at 821 Fourth Street in Norco at approximately 1:18 a.m. the morning of January 16. Upon arrival, firefighters saw fully-developed flames consuming the attic and second floor of the funeral home.

Additional responding units were called in from fire departments in Destrehan, St. Rose and LaPlace.

While the cause of the fire remains under investigation, Wenning said it appears to have originated from a heater system in the attic.

It took about an hour for responders to get the fire under control. Extinguishing hot spots took a few additional hours due to challenges resulting from the collapsed roof.

The structure was determined to be a total loss.

“There was heavy wind in the area with the cold front that came through. That was the biggest hurdle,” Wenning said. “My guys worked their tails off. I’m very proud of what they did to stop it. They were fighting a hell of a fire that morning.”

Wenning is pleased with his volunteer firefighters not only for this response, but for the perseverance shown in recent months following the devastation of Hurricane Ida.

“We worked from August all the way through the holidays to get the station back in order after Ida. They are still dedicated, responding to calls at 1 o’clock in the morning when it’s cold outside. It’s very heartfelt,” Wenning said. “I know I have a good group, and we appreciate the response from the neighboring departments.”

Families are asked to call 504-888-8490 or visit www.dignitymemorial.com for information regarding services.

“We have put measures in place to remain operational and offer continuous service to our families while honoring all existing pre-arrangements,” said Joe Eagan, general manager of H.C. Alexander Funeral Home. “We care deeply about the people of this region and will continue to serve their future needs. We thank the Norco Area Volunteer Fire Department and first responders who have helped us during this difficult event.”