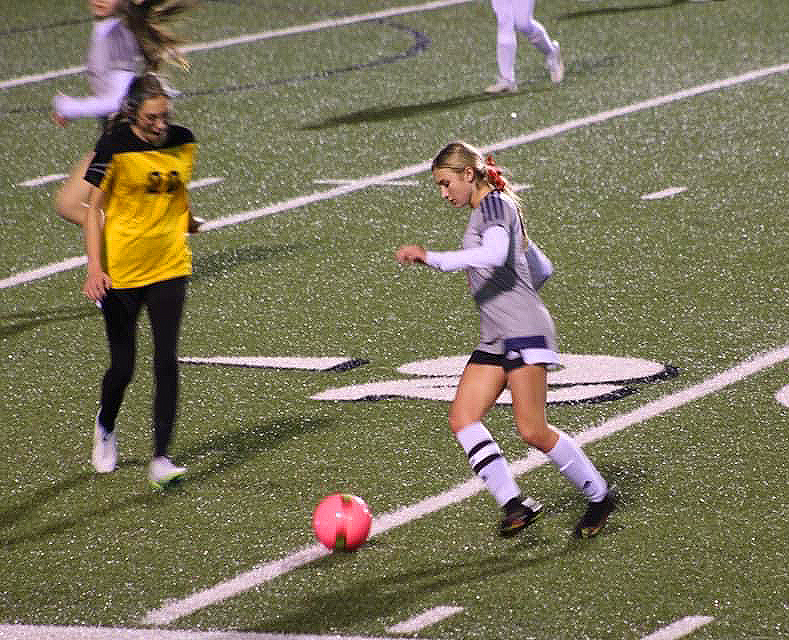 RESERVE — It’s a rebuilding year for the Riverside Academy Lady Rebels soccer team as new players pick up fundamentals of the game amid continued COVID-19 impacts.

The Lady Rebels entered the week with a 2-3 record, having collected wins against East St. John and Cabrini and losses to St. Charles Catholic, Houma Christian and Kenner Discovery.

The Lady Rebels opened this week with a Tuesday evening road game against Covenant Christian, and they are preparing to face New Orleans Military and Maritime Academy on January 15.

Practices have revolved around the basics of the game – positions, how to pass the ball. Yet, head coach Christy Duhe said the girls are coming together as a team, and that will be the most important factor as Riverside Academy delves deeper into district competition in the weeks to come.

“We have 22 players this year, and nine of those are new players. It’s basically a new team,” Duhe said. “It’s a rebuilding year, but we have that camaraderie. We’re coming together as a team. We are going into our district play and getting that new formation.”

The only senior on this year’s squad, Alyssa Haase, is new to the team.

Duhe is looking to her returning players to lead the Lady Rebels this year. Team captains Corrin Cashio, Makayah Larose, Anna Mistretta and Camryn Loving bring a winning combination of experience, leadership, determination and tenacity to the soccer field.