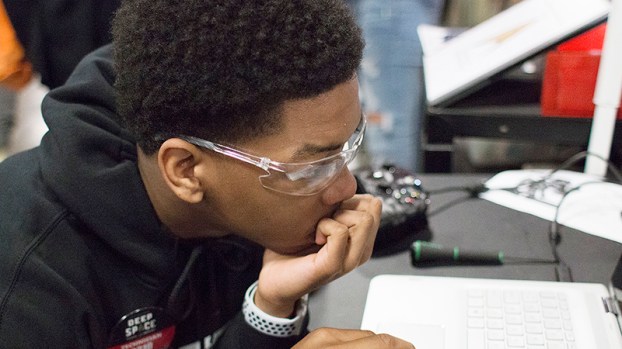 Joshua Lewis gained a love for STEM after attending a computer science camp at Xavier before his freshman year of high school. 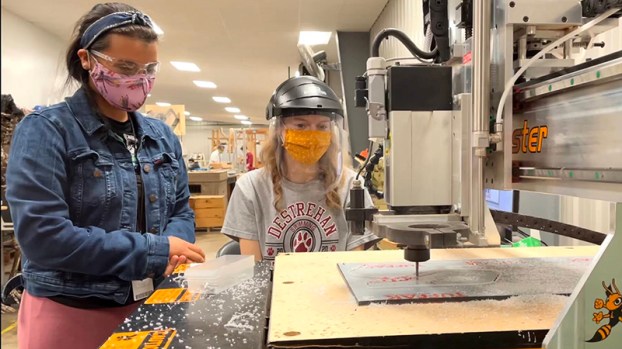 Trinity Force, an all-girl’s robotics team, is one initiative of Joshua Lewis’ STEMCYCLES. 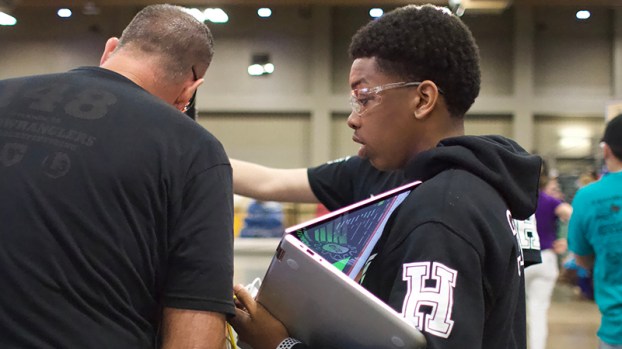 LAPLACE — When Joshua Lewis left Destrehan High School and completed his senior year in Texas, he discovered a world of resources that weren’t accessible to students in Louisiana.

His goal is to provide industry-level training and mentorship to underrepresented students in the STEM field, building a foundation to help young adults transition to lucrative careers. At the same time, he seeks to level the playing field by introducing quality resources to Louisiana K-12 schools.

“When I moved to Texas to finish my final year of high school, I realized they had so many more resources available to students than what I used to have in Louisiana. We had a whole center to work on our robots with the best machines and the best mentors. It was crazy how drastically different everything was. When I came back to Louisiana, I wanted to be able to provide some quality resources to students who are underrepresented or underprivileged in New Orleans specifically,” Lewis said. “I created STEMCYCLES in June 2021 with the goal of providing quality resources for all students so anyone can succeed in STEM.”

Lewis sparked an interest in computer science while attending a camp at Xavier University the summer before his freshman year of high school. Being exposed to Lego Mindstorms and Arduino at the computer science camp led him to join the robotics team at Destrehan High School, where he was able to combine his competitive nature with his passion for technology.

“It’s important to have a solid teacher to point students in the right direction and give them connections to jobs or internships. I want to be there for students who need guidance in programming, building, or just in life. I think it’s valuable to have someone to go to when you need help,” Lewis said.

Once a mentor is in place, Lewis said the next step involves providing access to more advanced facilities where students can hone their skills.

Lewis’ mother, Zelda Lewis, said her son dedicated his time to helping others long before starting the STEMCYCLES nonprofit.

“I am so proud of Joshua. He is one who is very focused and determined. He gets something in his mind, and he stays with it and goes for it,” Zelda Lewis said. “Another thing is his heart, his love, and his care and consideration for others. As he is moving forward in his journey, he doesn’t hesitate to consider others and invite them in. He wants others to excel and do well.”

Since starting STEMCYCLES in Summer 2021, Lewis has instituted an all girl’s robotics team. According to Lewis, female students are underrepresented not only in robotics, but in the STEM field as a whole, and young women deserve just as much opportunity as their male counterparts to display their talents.

STEMCYCLES began holding virtual meetings over the summer to begin the training process. Meetings will shift to in-person at the beginning of January as students embark on a six-week project to build a robot that can perform an assortment of tasks. Beginning in March, the students will travel with their robots to compete against people from all over the world in the FIRST Robotics program.
The STEMCYCLES program is currently geared toward students ages 14 to 18. In the future, Lewis hopes to expand the nonprofit to elementary and middle schools so students can start building a foundation in STEM at a younger age.

The community can support STEMCYCLES through volunteering or monetary donations.

“If you don’t think you can give financially, you can always give through time, because I think that is just as valuable, if not more valuable,” Lewis said. “It doesn’t matter what field you’re in; everybody can provide something to the students. It’s not only about software design and programming. It’s also business, writing and film.”

Through STEMCYCLES, Lewis is offering virtual camps related to marketing, networking and resume skills. Programming and technology camps are also forthcoming, and a comprehensive calendar of events can be found online at stemcycles.com.