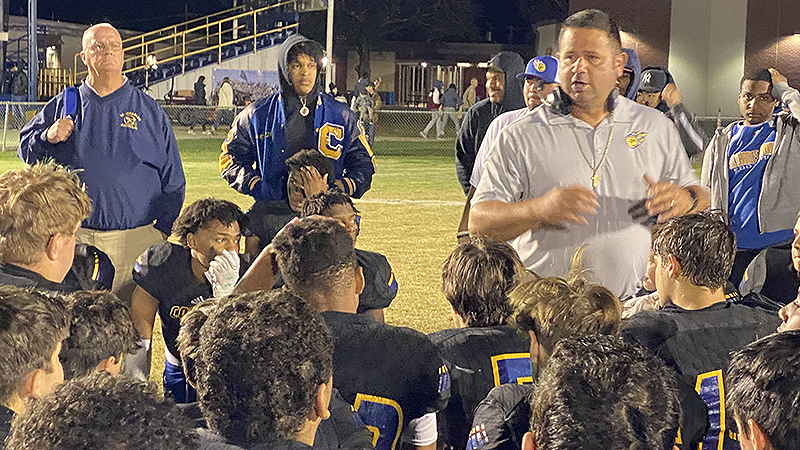 LAPLACE — St. Charles Catholics’ Wayne Stein was named the GeauxPreps.com Coach of the Year by Chevyland after leading his team through a storybook season.

This month, St. Charles Catholic clutched its second state football championship with a 32-27 victory over defending champion Lafayette Christian. It was Stein’s first season as head coach for the Comets, following in the footsteps of his uncle, Hall of Fame Coach Frank Monica. The Coach of the Year Award recognizes Stein’s contributions as a program leader as he moved from defensive coordinator to the head coach position and exceeded expectations, closing the season with a perfect 11-0 record.

This year’s state championship accomplishment was especially meaningful given Hurricane Ida disrupted the beginning of the season and left many of the Comets players displaced from their homes.