A friend once told me that her goal was to learn something from every mistake she made. I told her that was a mistake.

She said I made a mistake by criticizing her. I told her my mistake was listening to her goals.

Well, I must have said the wrong thing, because she doesn’t speak to me anymore, and she still lives in my neighborhood.

I saw her last week at the grocery store, and she tried to pour milk on me. Luckily, I didn’t get wet, because it was powdered milk.

But I did not forget her goal. Every time I goof up – which is daily – I try to learn something from it.

Last week I learned that dogs come in all sizes, and that it was wrong to report a neighbor as keeping a lion in his backyard.

This week I helped my wife bake pies. I learned that salt and sugar look very much alike, and that I should not confuse them in a recipe.

Here are three other things I’ve learned from failure. Number one, I have multiple opportunities daily, because I constantly make mistakes. If presented two options, I always make the wrong choice.

Yesterday, I put on one brown shoe and one black one. And I’ve got only two pair of shoes.

Back in school, I got voted Least Likely To Succeed. At reunions, I’m often recognized for exceeding my goals.

But, finally, I’ve found that consistently making bad decisions can be profitable. At my last job, I got hired to give speeches about how I could serve as a bad example. 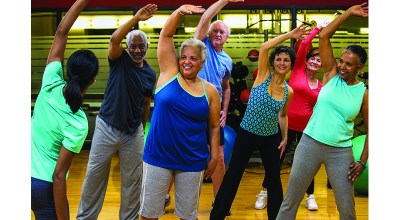 State Fire Marshal offers safety tips Ahead of the…