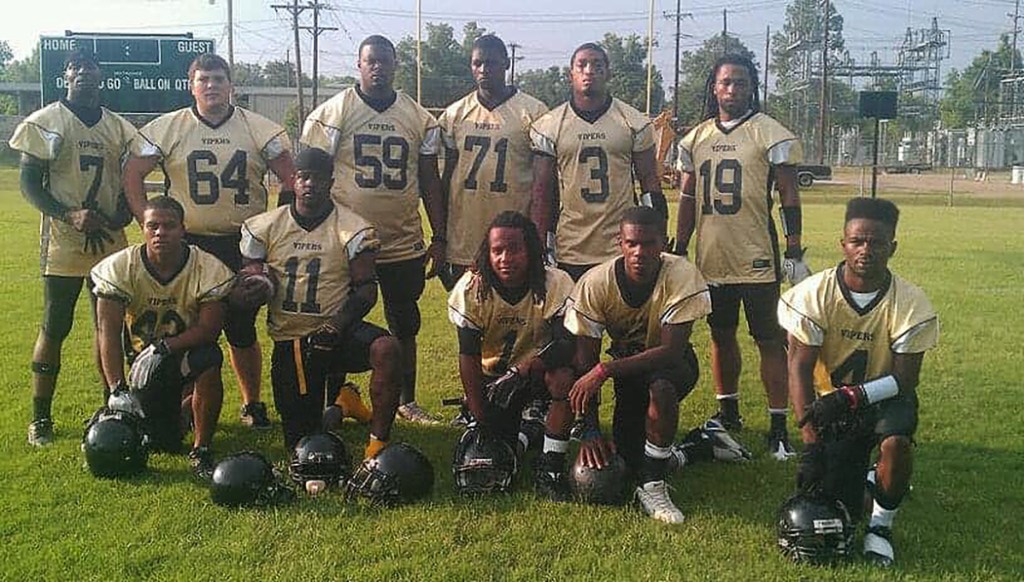 HAMMOND — Coach Ron McCaleb is looking for athletes ages 18 and up in the River Parishes to join one of the most successful developmental football teams in Louisiana.

McCaleb said the Hammond-based Louisiana Bayou Vipers team presents the perfect opportunity for those who are looking to better themselves on and off of the football field. The Bayou Vipers are a member of the Gridiron Developmental Football League, which uses the franchise model and follows a playoff format similar to the NCAA. While in pursuit of a coveted national championship, McCaleb has watched the minor league field set the stage for some major success stories.

Other members of the Bayou Vipers have included Grambling State’s Bayou Classic MVP Greg Dillon and Raymond Cotton, who quarterbacked at Ole Miss and recently signed with Poland’s Tychy Falcons.

“These are the types of guys who have put their trust in me,” McCaleb said.

Former East St. John running back Andrew Taylor is among those representing the River Parishes on the Bayou Vipers roster.

Once the 2022 season kicks off in March, the Bayou Vipers will travel throughout Louisiana, Mississippi and Tennessee to compete against other teams in the Gridiron Developmental Football League. McCaleb has led the team to 175 victories and 75 losses.

“This is really to help people get the experience and get them ready for the next level,” McCaleb said. “I’ll even help young high school kids who need help with workouts and training.”

The first step of joining the team is simply showing up for practice, which is currently being held from 4 to 6 p.m. each Sunday. Practice time will increase as the 2022 season approaches. Serious inquiries can be directed to McCaleb at 985-402-8306.