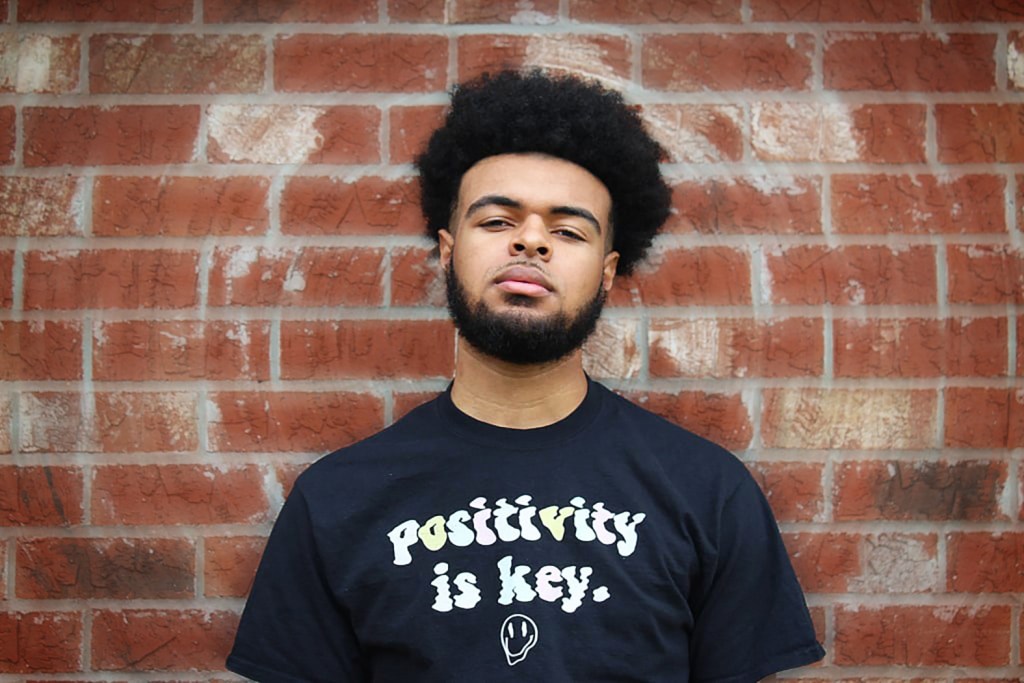 LAPLACE — LaPlace native Cameron Miles often kept his hood pulled up in high school, and his quiet nature made him seem more likely to fade into the background than stand out in a crowd.
Five years later, Miles is making a name for himself in the entertainment industry. Over the past year, his music been streamed more than 42,800 times on Spotify by more than 10,900 listeners across 99 countries. One of his songs, “Max Volume,” was selected to appear in the soundtrack of the new, massively popular NBA 2K22 video game.
Miles has also steadily built a presence on YouTube, where he primarily posts videos of himself reacting to music. He uses the name “Qajim” across all of his social media platforms as a reference to the sound of his initials: CJM.
“When I got to a certain age, I started thinking about what I wanted to do with my life. I knew I wanted to do some form of entertainment, so around 2015, I started doing YouTube. That led to me doing photography, comedy skits, voiceovers,” Miles said. “Toward the end of 2019, I started doing music. Since then, it’s been my thing. It’s been working, so I’m going to stick with it.”
Miles spent years writing poetry, and it felt like a natural progression to bring the words to life with sound. Rap has been his usual genre. However, he has recently experimented with more melodic sounding music.
“Before I got on NBA 2K22, they asked me to be on Fortnite for a promotion. That was huge,” Miles said.
Outside of music, Miles is continuing to grow his YouTube following. As of December 2021, he has amassed more than 2,500 subscribers. One of his music review videos released earlier this year caught the attention of Hayley Williams, lead singer for Paramore.
As he continues to make a name for himself, Miles wants to prove that you don’t have to be from a big city to achieve your dreams.
“Being in the LaPlace area, and more so at work, I’ve heard the way people speak about themselves and the situations that they are in. I know people feel small, and the city can contribute to that. A lot of people feel like if you’re not from somewhere, you can’t be somebody. I want to make sure people know that’s not true. If I have to be the person to put that on the map and bring that to light, I’ll gladly do that,” Miles said.
Media teacher Derron Cook taught Miles at East St. John. Cook said Miles was always a hardworking and respectful student, but he has truly flourished in the years since graduation.
“Cameron was quiet, but he was always a go-getter. There were those moments when you saw the spark,” Cook said. “Now he is always quietly moving, but he’s always constant. He’s always on his ‘grind,’ making moves, doing his job. He’s also turning around to challenge youth to get out there and get involved. I love that he’s a local who does not have a local mindset. He’s looking at a broader, global audience. With that mindset, he can’t help but win.”
Miles wants people to remember that quiet kid from high school as he challenges himself to reach new heights.
“When I said I wasn’t going to college, people were worried about me. They wanted to know, ‘What are you going to do?’ Well, I’m doing it,” Miles said. “All you need is you and what you believe in, and you can get there. When people see me reach bigger things, they will know they can do it, too.”