Rams ready to roll against Slaughter in Round 2 of playoffs 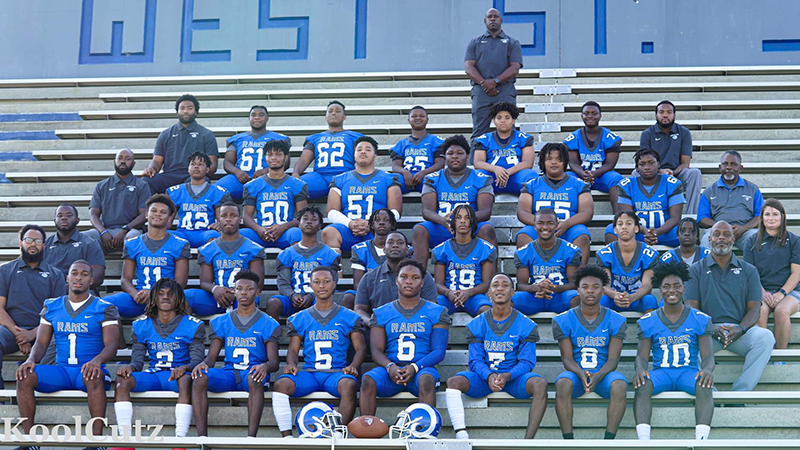 EDGARD — The West St. John Rams advanced to the second round of the LHSAA Class 1A football play-offs following last week’s 28-0 shutout victory over Block at Joe Keller Stadium.

This Friday, the Rams will travel to face fifth-seeded Slaughter Community Charter.

Slaughter attained a first round bye with a 5-3 season record. Meanwhile, the Rams improved their record to 3-4 and are coming into the second round of playoffs as the No.12-seeded underdog.

West St. John head coach Greg Johnson is looking for the Rams to bring offense, defense and special teams together with the same intensity that was seen on the field last Friday. After looking through film, Johnson expects Slaughter to put up a fight.

“They have some good athletes. They are very aggressive on both sides of the ball. They are a scrappy team, well disciplined, and they have some playmakers. With that said, we just have to come ready to play football,” Johnson said.

West St. John faced formidable 3A and 4A opponents early in the season. By the time playoffs rolled around, the Rams were mentally battle-tested and ready to make their mark in Class 1A.

Johnson said Mikhail Burrell, Kailep Edwards and Joshua Ellis were big playmakers against Block. He added that the offensive line did a “magnificent job of blocking” and truly played as a unit. He also commended the defense and special teams for solidifying the win.

“We played really well on the offensive side. On the defensive side, I thought the guys played lights out. For the most part, we kept them out the end zone. That was a plus for us. That’s been our goal all year, to keep the other team from scoring,” Johnson said.

The Rams are focused on cleaning up penalties in anticipation of this week’s game.

The Lutcher Bulldogs defeated the Carroll Bulldogs 31-27. This week, they host Bogalusa.

St. James Wildcats came out victorious over N. Webster with a score of 34-20. They advanced to the second round to face Madison Prep.

The Destrehan Wildcats overpowered West Jeff 48-14 and advanced to the second round to face Woodlawn – Baton Rouge.

The Hahnville Tigers took a loss in the first round with a final score of 31-38 against Benton.

St. Charles Catholic, after having an undefeated season, had a bye last week and advanced to the second round. They will host Dunham at 7 p.m. Friday at the Comets Stadium.