Sheriff Champagne responds to deadly Killona shooting: ‘I’m quite confident this is not the last one’ 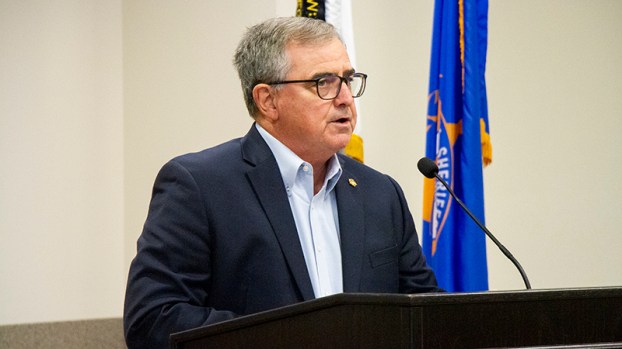 Sheriff Greg Champagne speaks to the media Wednesday afternoon during a press conference at the St. Charles Parish Sheriff's Office. 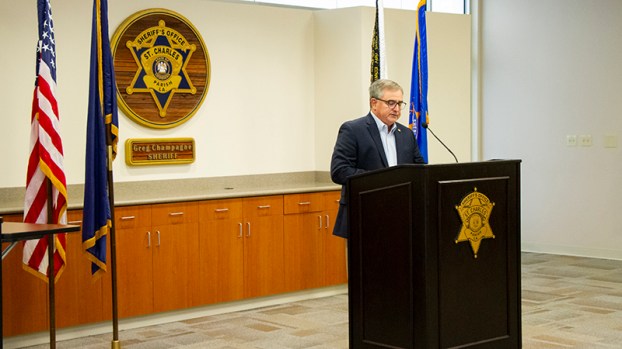 Sheriff Greg Champagne speaks to the media Wednesday afternoon during a press conference at the St. Charles Parish Sheriff's Office.

KILLONA — One man was killed and four others, including a 14-year-old, were left with multiple gunshot wounds Tuesday night during an ambush-style attack outside of a grocery store in Killona.

Sheriff Greg Champagne referred to it as the latest installment of a vicious cycle of violence and retaliation that has plagued St. Charles, St. John the Baptist and St. James parishes over the past year. While nearly a dozen similar incidents have spanned the three parishes in recent months, lack of cooperation from witnesses has stifled investigations.

“Frankly, I don’t think this is the last one. I’m quite confident this is not the last one. Until the relatives and friends and people connected with these individuals who think they are tough guys with guns come forward and do something to stop it, it’s not going to stop,” Champagne said.

The ambush-style shooting occurred just before 6:30 p.m. on Tuesday, November 9, as several people were gathered outside of a grocery store in the 100 block of Killona Drive.

Darzil Washington, 29, was shot multiple times and succumbed to his injuries. While an autopsy has not yet been performed, Champagne said Washington was shot three times in the back.

Darville Washington, 32, was shot multiple times and airlifted to University Medical Center, where he is listed in critical but stable condition.

Dwayne Williams, 27, was shot multiple times and airlifted to University Medical Center, where he remained in critical condition as of Wednesday afternoon.

Jayvon Lockett, 35, was shot multiple times and initially drove himself to an area hospital before being transported to University Medical Center, where he is listed in stable condition.

Officers also located a 14-year-old juvenile who was shot multiple times and transported to Children’s Hospital, where he is listed in stable condition. Deputies responded to a car crash on River Road in the Hahnville area after the juvenile’s father placed him in a personal vehicle in an effort to try to get him to the hospital faster. Deputies arrived on scene and safely transported the 14-year-old to the hospital. Champagne said other children were in the vehicle at the time but did not sustain any serious injuries from the crash.

All of the victims have ties to the Killona area.

Police believe the ongoing string of violence is connected to rival families or clans seeking “vindictive retribution for past wrongs.” Champagne suspects drug trafficking was at the core of the dispute before it morphed into a cycle of retaliation.

Due to a lack of cooperation from witnesses, authorities cannot identify how many shooters were involved during the latest incident in Killona.

“We get a little bit of ‘I heard’ from people and secondhand, sometimes third hand information. Some of the same names keep popping up, so we do have an idea of who may be involved, but there’s a difference between having an idea and having hard evidence that you can put into an arrest warrant,” Champagne said.

According to Champagne, some individuals on scene appeared to be speaking about getting revenge after the shooting Tuesday night. However, these individuals would not bring forth any information to police.

Champagne is continuing to work with St. John the Baptist Parish Sheriff Mike Tregre and St. James Parish Sheriff Willy J. Martin to locate evidence that could lead to an arrest. However, it will take the support of the community to put a stop to the violence.

Champagne understands why people may be scared to come forward, and he emphasized that there are anonymous ways to report information.

“Now is the time to do something. There are people out there who know something. They know who did it. They know where the weapons are. Make the call. Call CrimeStoppers and identify someone before it’s your child that gets shot and has to be airlifted with bullet wounds and blood coming out of his chest,” Champagne said.

Anyone with information about this incident is urged to contact Detective Amanda Buchanan with the St. Charles Parish Sheriff’s Office at 985-783-6807 or call CrimeStoppers at 504-822-1111.