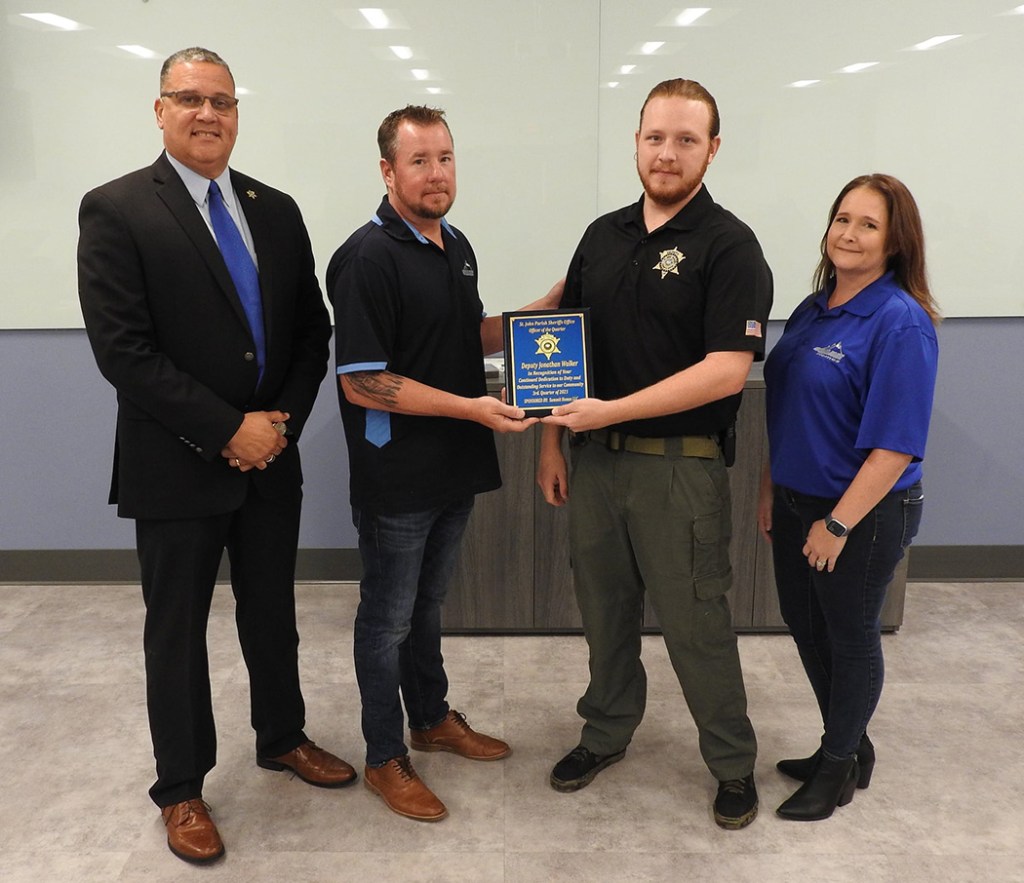 A man had shot two people during a dispute during a multi-vehicle traffic accident on the Bonnet Carre Spillway in the westbound lanes of I-10 in St. John Parish. A traffic jam occurred after the accident about 10:30 p.m. on the spillway bridge. The man, who was headed to Alexandria with his wife who he had just married during a ceremony in Kenner, and her friend, were in the traffic jam. During the wait, the man and his wife got into an argument, and the man reached for his gun. The friend then escaped the car on foot.

Shortly after, officers found the suspect shaking and beating on the ambulance, trying to get to the woman. Detective Walker approached the man for apprehension. Detective Walker’s actions were instrumental in ending the threat as he handcuffed the shooter during a brief struggle.

“Detective Walker was willing to sacrifice his life to save the lives of others,” Sheriff Tregre said. “I feel that this officer is the embodiment of the phrase, ‘Ours is a profession where every day, we must be prepared mentally and physically to save a life, take a life…or give your own… for the citizens we serve.’”