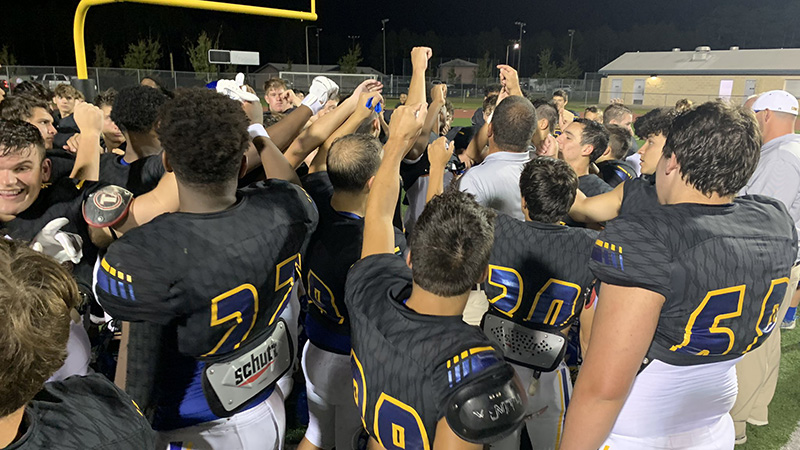 LAPLACE — St Charles Catholic traveled to Lakeshore on Friday to try to add another win to their 3-0 record.

The first quarter, as always, proved to be explosive as the Comets came out in full swing against the Titans. The Titans gave a good effort to try to slow SCC in the first quarter. Their defense definitely made many good stops to keep the Comets from scoring early. Early penalties also killed some drives for the Comets and slowed the offense as they tried to get up the field. The first quarter went scoreless between both teams. The second quarter is was as much a fight as the first.  In the second quarter, the Comets drew first blood, scoring with a 52-yard pass for a  touchdown and capitalized on the two-point conversion to make the score 8-0 with 5:06 left until the half. Despite the many penalties against SCC, the Comets ended the first half with a score of 8-0 against the Titans.

In the second half, SCC still amassed penalties which cost them considerable yardage. By the third quarter they had accumulated 32 yards in penalties, receiving back to back penalties at one point. The Comets scored twice in third quarter which made the score 22-0 over the Titans. SCC got an interception but it was taken away by the referee for a penalty. But the Comets came back and intercepted again, putting the ball in good field position. The Comets managed to keep the Titans down throughout the fourth quarter and shut them out, despite more penalties against them. Overall the Comets took the win with a final score of 22-0 and remained undefeated.

In other football news around the River Parishes, many of our schools came out with wins.