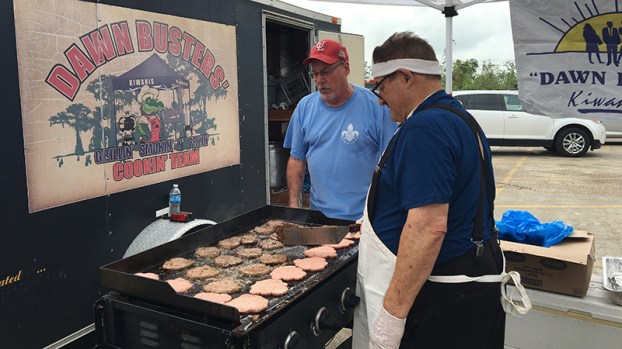 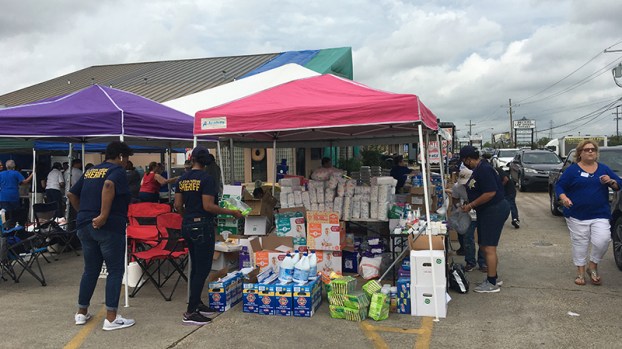 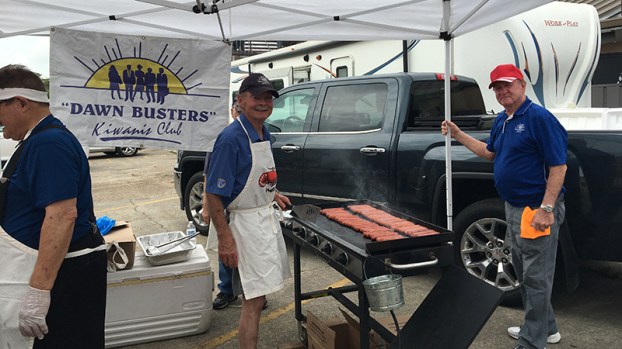 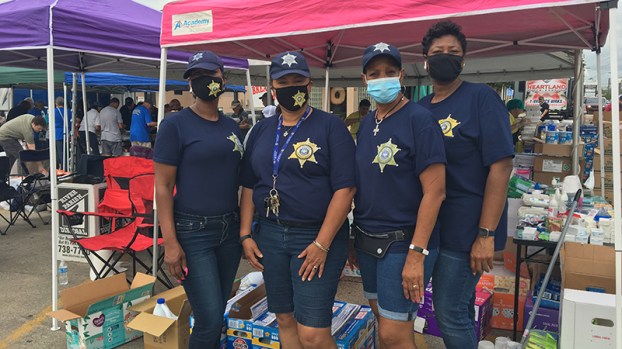 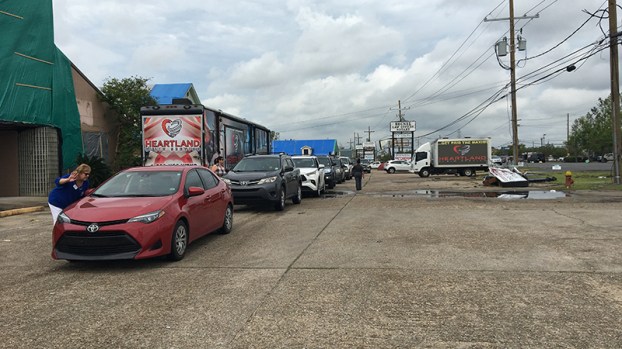 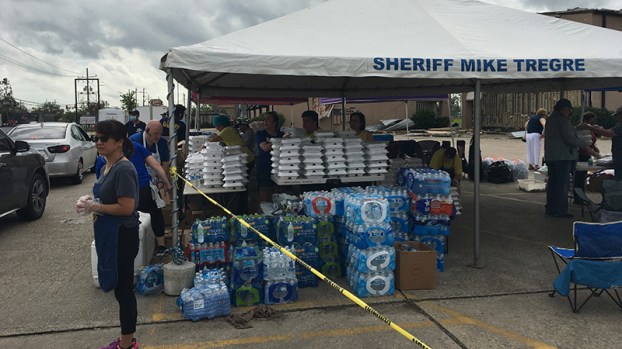 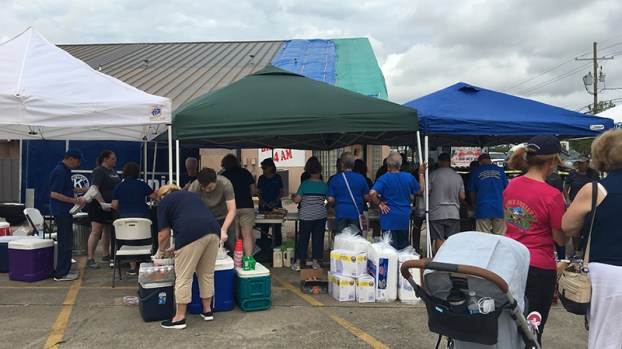 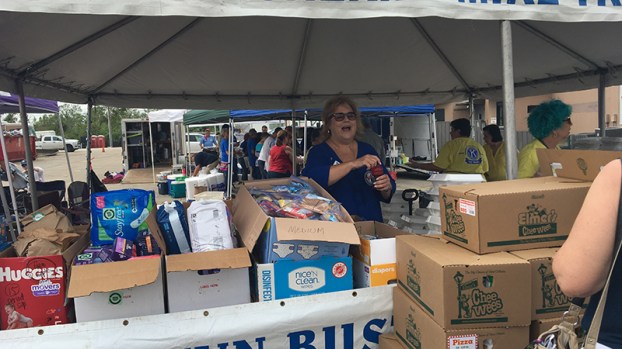 LAPLACE — Kiwanis Clubs from across the region partnered with the St. John the Baptist Parish Sheriff’s Office and School Board to distribute 1,000 hot meals and supplies to families devastated by Hurricane Ida.

More than 50 volunteers had boots on the ground Saturday in LaPlace as they cooked jambalaya, hamburgers and hotdogs on-site. It marked the fourth week of hurricane relief for Kiwanis Club members who have recently provided aid to hurricane victims in Ponchatoula, Cutoff and Houma.

Kiwanis International is a global community of clubs, members and partners dedicated to improving the lives of children one community at a time. The organization stands more than 550,000 members strong, and local clubs never shy away from big challenges such as fighting hunger, diseases or poverty.

Region Four Trustee Marcel M. Lashover works as an insurance agent in Jefferson Parish, and he’s all too familiar with the challenges a hurricane can impose on communities.

“I have clients who live in LaPlace and around that area, and I don’t think there was anyone who didn’t get touched by this storm,” Lashover said. “At the end of the day, people needed help in LaPlace. We are planning some other events for the future, and we’ll probably be back in the LaPlace area toward the end of the month or the beginning of November.”

Lashover’s club Dawn Buster’s of Metairie works closely with Jefferson Parish schools and has introduced a reading reward program to boost early literacy. Lashover said there are plans to re-establish the Kiwanis Club in St. John Parish and recreate these efforts in local schools.

The recent distribution was organized over the course of two weeks, and it all began with a single phone call. Before long, St. John Sheriff Mike Tregre and Superintendent Dr. Lynett Hookfin were on the phone, eagerly asking what was needed to make it happen.

Volunteers donated water, snacks, cleaning supplies, diapers and other items, in addition to the 1,000 hot meals. Lashover said the Kiwanis members are accustomed to coming together for the good of others.

“Some of our clubs cook, and some do other types of service work. We all try to help each other when doing projects,” Lashover said. “We have boots on the ground. We get right on the ground with the families that need it. We want to make sure we touch the people we are trying to serve.”