Council authorizes administration to seek RFPs for solid waste collection; Lack of manpower continues to be a concern 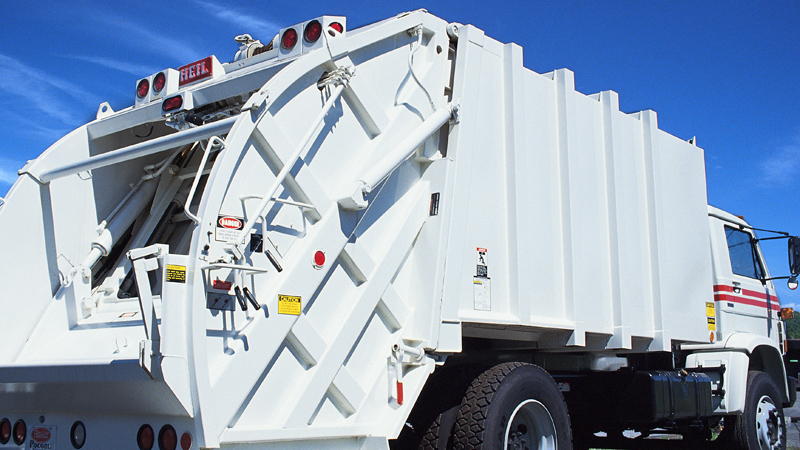 LAPLACE — Ubiquitous tarps trace a blue skyline in the evening dusk, and darkened neighborhoods serve as reminders of one of the strongest hurricanes to cross the Louisiana coastline.

“I’m tired of looking at garbage also,” St. John President Jaclyn Hotard said during the parish council meeting this past Tuesday night in LaPlace, echoing the sentiments of her constituents. “I’m taking any and all measures in my power to get garbage off of the ground.”

Hotard, who spent 16 consecutive days huddled with her staff in the government complex with no electricity or running water, has been aggressive in her efforts seeking relief, to the point of even issuing an emergency request for bids for waste pickup. But there were no takers.

Metro Service Group, the parish’s trash collector, is attempting to get back on schedule and has hired Waste Pro as a subcontractor to pick up on weekends. But the trash continues to swell as more residents return to their homes and begin the cleanup process, revealing a need for more manpower.

“What happened to us a month ago is something that never happened before in St. John the Baptist Parish,” Councilman Lennix Madere said. “People compare (Hurricane) Betsy (in 1965) to Ida but the comparison is not even close.”

He stressed the biggest problem is garbage pickup, adding, “if there was someone out there, the administration would have sought them out and signed them on. The problem is no one is biting on it.”

Accumulating garbage and finding a firm to pick it up provided the backdrop for a one-hour discussion during the finance committee meeting as members considered a resolution authorizing the administration to advertise and receive requests for RFPs for solid waste collection, recycling and removal services.

The discussion at one point focused on the length of the contract. Councilman Tom Malik suggested a two-year contract, but Councilwoman Tonia Schnyder was initially opposed.

“Do we want to get locked in with a two-year contract?” she asked.

Malik countered by saying he believes the parish will be dealing with Ida recovery for at least 18 months to two years. Plus, he said a long-term contract might be more appealing to waste collectors.

“I think if we offer a big enough prize, we will get people to submit proposals,” he said. “We can’t continue down the same road with one company (Metro) subcontracting every Saturday or Sunday. (A second company) should be responsible to the parish itself.”

Schnyder and Madere agreed the biggest issue Metro and Waste Pro are each facing is manpower. The storm, as well as the COVID-19 pandemic, has drained work forces and created a severe shortage of CDL drivers and hoppers.

“We are being aggressive about getting drivers, recruiting daily,” Metro co-owner Jimmie Woods told council members. “A CDL licensed driver is a specialized thing.

“Money has not been an impediment to get this done.”

Woods and Leroy St. Pierre, a lifelong resident of St. John Parish who is the Louisiana sales manager for Florida-based Waste Pro, each said the final proposal must be financially lucrative to attract bids. Typically, Woods said, waste collection companies run as lean as possible.

“Nobody is sitting around with a bunch of trucks doing nothing,” he said. “Situations like this test your system.”

He said there are peer groups from around the country that would typically respond, but those same companies are facing their own challenges because of the pandemic.

“In normal times they would have been there,” he said.

“I truly believe that is why you did not receive bids,” St. Pierre said. “It is tough to mobilize on an emergency basis.”

He does believe a long-term contract will attract more bidders but warned of companies offering the cheapest prices.

“Cheapest is not always the best,” he cautioned.

Woods offered one bit of encouraging news when he said Metro pickups were back on their regular schedule Sept. 28. One day earlier, 85% of the regularly scheduled pickups were completed, with the rest picked up the following morning.

Councilman Robert Arcuri, agreeing with Malik, offered a motion specifying a two-year contract, saying “we can put it out there and see what happens.”