Carlton John Laborde passed away on Monday, September 20, 2021 at the age of 89.  He was a native of Marksville, LA and a resident of LaPlace, LA. 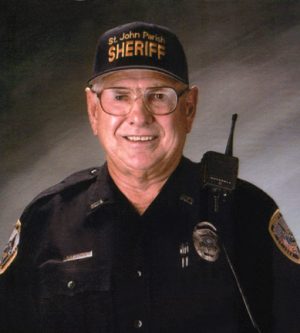 Carlton served in the St. John the Baptist Sheriff’s Office for 38 years and was known as “Officer Friendly” and was a longtime member of the Louisiana Sheriff Task Force.  He proudly served in the U.S. Army during the Korean War.  He was an avid outdoorsman and an accidental extra in a John Cena movie.