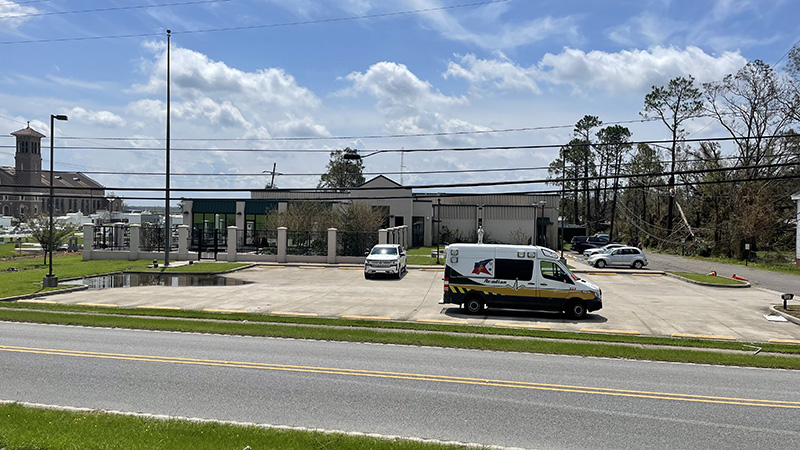 Update 9/24/21: The 40th Judicial District Court and Clerk of Court will be temporarily housed at the St. John Parish government administrative building at 1811 W. Airline Highway in LaPlace between Monday, September 27 and Friday, October 1. A judge will be on duty, and the clerk will be able to provide most services.

EDGARD — Due to devastation inflicted upon St. John the Baptist Parish by Hurricane Ida, the 40th Judicial District Court has suspended all civil and criminal jury trials until January 3, 2022.

All criminal dockets, including hearing dates, trial dates and conferences scheduled for misdemeanor, felony and IV-D matters will be continued to the following schedule:

The Clerk of Court will notify all parties of new dates. Some exceptions to this schedule will be made on an ad hoc basis. The District Attorney’s Office and the defense counsel may schedule a hearing for extremely important matters, as deemed necessary.

DCFS cases and juvenile cases scheduled for September are continued to October 2021. These dockets will resume in October 2021.

Judge J. Sterling Snowdy said the Edgard Courthouse received extensive roof damage during Hurricane Ida, and emergency measures are being taken to expedite the work given that it is such a high priority building within the parish.

Snowdy said the Courthouse Annex (Arcuri Center) located at 1020 Cambridge Drive in LaPlace is “absolutely unusable for the foreseeable future” due to infrastructure damage. The annex is typically used for traffic court, misdemeanors and felony motions.

Since there will be no jury trials until January 2022, anyone who received a jury duty notice for the remainder of 2021 may disregard it.

Snowdy said traffic tickets are also subject to the continuance. Individuals with traffic tickets do not need to show up to previously scheduled court dates. New notices will be sent out at a later date.