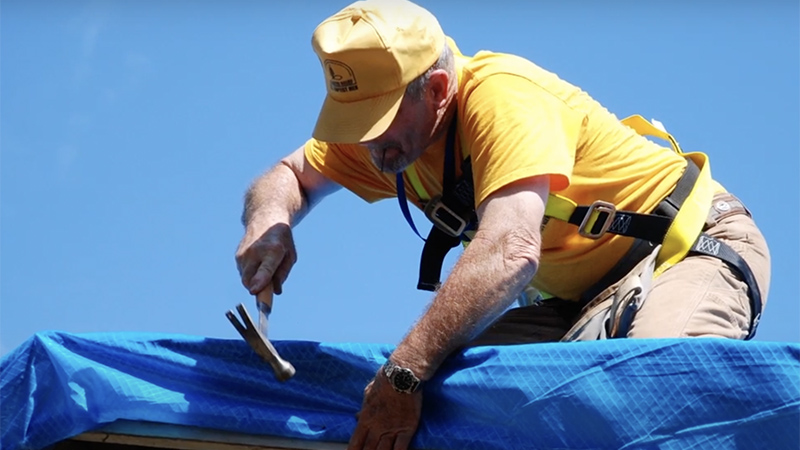 BATON ROUGE, LA – U.S. Congressman Garret Graves (South Louisiana) joined members of Louisiana’s Congressional Delegation in asking the Federal Emergency Management Agency (FEMA) to work with the U.S. Army Corps of Engineers to reevaluate its determination of eligibility for certain parishes for the Blue Roof program due to substantial damages from Hurricane Ida.

Several of these same, rural parishes are also the hardest hit in terms of fuel shortages, energy outages, cell service and internet.

Click here to read the letter sent to FEMA Administrator Deanne Criswell, or read below:

We are writing today to urge the Federal Emergency Management Agency to work with the U.S. Army Corps of Engineers to reevaluate its determination of eligibility for certain parishes for the Blue Roof program due to substantial damages from Hurricane Ida. When Hurricane Ida made landfall on August 29, it brought 150 mile per hour winds that caused major structural damage in both Louisiana’s coastal and inland areas. However, although many parishes have reached damage thresholds that ensured their eligibility for the Individual Assistance program, FEMA has determined that the following parishes are excluded from the Blue Roof program: Assumption, East Baton Rouge, East Feliciana, Iberia, Iberville, Pointe Coupee, St. Helena, St. Martin, St. Mary, Washington, West Baton Rouge, and West Feliciana.

The Blue Roof program is a vital tool in areas that have been impacted by major disasters because it protects homes that have been damaged until homeowners can schedule permanent repairs. Without access to a no-cost Blue Roof installation, homeowners in damaged areas in these parishes will have to seek out alternative housing arrangements and risk further damage to their properties. This not only displaces people from their communities by forcing them into temporary housing, but also drives up the cost of recovery.

We respectfully request that you prioritize reconsidering the eligibility of these disaster impacted parishes for the Blue Roof program.