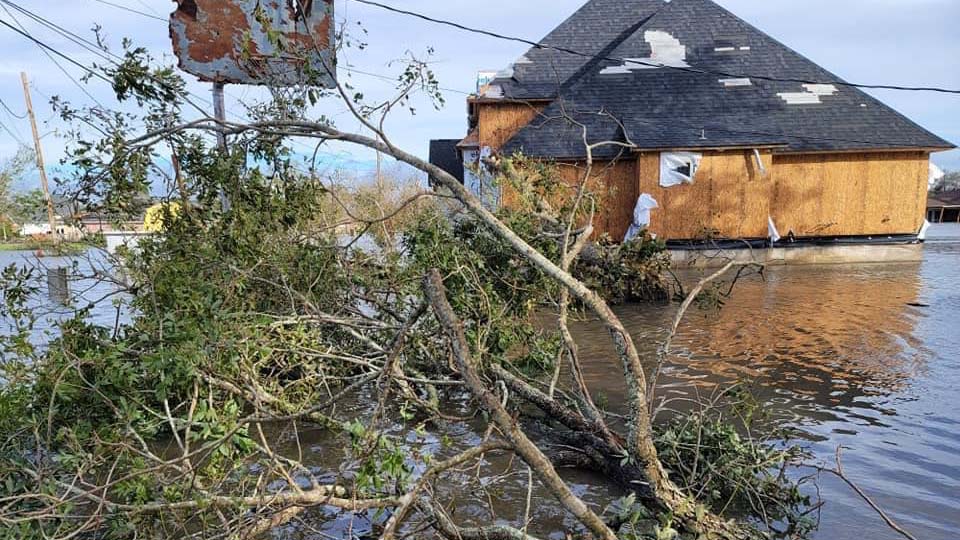 Parish President Jaclyn Hotard said St. John Parish experienced a full communications failure. At this time, there is no cell or Internet at the Emergency Operations Center other than a satellite line set up today by the U.S. National Guard for the parish president.

“I believe the public right now, rightfully so, is wondering why they are not receiving the amount of communication that they would typically receive from us,” Hotard said. “Even our back-up systems that were put in place after Hurricane Isaac failed. The back-up to the back-up failed because of all of the infrastructure damage we have in the parish. This is unprecedented.”

First responders with the St. John Sheriff’s Office and Fire Department rescued 600 to 700 individuals, according to Hotard.

“There are no reports at this time, that I am aware of, of any storm-related deaths,” Hotard said.

She added that approximately 18,000 Entergy customers remain without power.

Water systems are also down and cannot be restored until damage assessments are complete.

Accessibility issues have been widespread across St. John Parish due to countless downed trees and power lines. The timeframe for evacuees to be able to return to the parish is dependent upon debris removal, which began Monday morning.

“We have activated pre-positioned contracts we have in place to clear and remove all of the obstructions from the roadways. Once residents have been able to come into their homes, assess damage and remove debris, the most important thing will be our recovery efforts. On our end, recovery has begun,” Hotard said.

Anyone experiencing an emergency is asked to call 911. Individuals unable to contact their loved ones in St. John can also contact 911, as operators may be able to confirm whether a rescue took place at a particular address.

A shelter opened at Emily C. Watkins Elementary prior to Ida’s landfall. However, these individuals have since been transported, with 300 to 400 being evacuated to Lamar Dixon. Some evacuees were able to be picked up by family members.

Last night’s flooding was eerily familiar to some residents who flooded during Hurricane Isaac exactly nine years prior.

“There weren’t as many homes that flooded when compared to Hurricane Isaac. However, the devastation we have here is more widespread,” Hotard said. “With Isaac, most of the flooding took place in LaPlace. This (Ida) impacted the entire parish. Driving through, you see so many homes where half of the roof is gone. This is the most devastating tropical weather system that St. John has ever experienced.”

A press conference will be held tomorrow, time to be determined.

St. John the Baptist Parish will be under a parish-wide curfew beginning 6 p.m. tonight to 7 a.m. Tuesday.