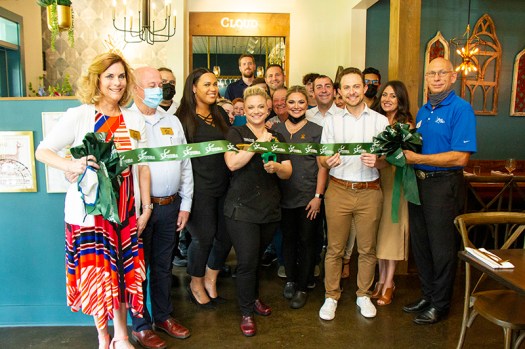 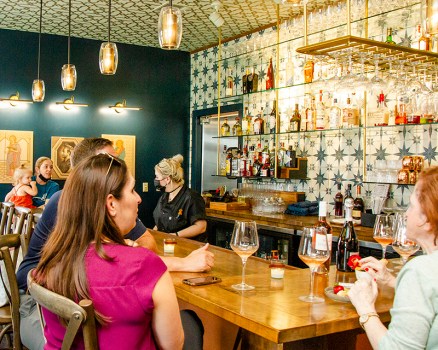 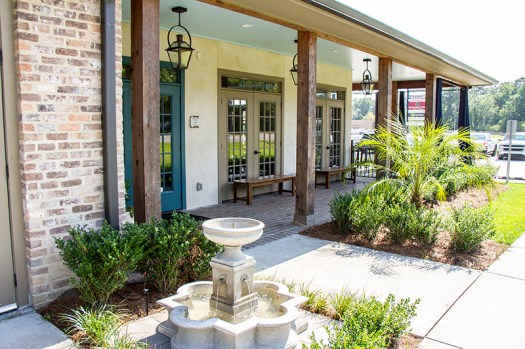 Santos is located at 12713 Highway 90 in Luling. Owners Buddy Boe and Natasha Clement wanted to create an elegant dining experience that would keep customers in the River Parishes.

Every pattern, arrangement and detail in the new restaurant has been carefully thought out, down to the colorful bull figures that symbolize prosperity and family in Peru. The same level of attention has driven the ingredients in every dish and craft cocktail.

Owners Natasha Clement and Buddy Boe said customers have enjoyed stepping outside of their comfort zone to experience new flavors. One of the most popular dishes thus far has been a Latin noodle dish that combines chorizo and sweet Chilian sauce with Gulf shrimp and Andouille. Also welcomed are the chili and pineapple marinated ribeye and a fresh South American dish with citrus marinated shrimp.

“Those things we didn’t think the community was ready for are what we are selling the most of. People are very receptive to trying new things,” Clement said.

Other menu items including the jumbo lump blue crab cakes and the catfish 90 are perfect for those who love traditional Louisiana seafood.

Plans for both locations took off as Boe’s parents, Gary and Fege Boe, prepared to retire from Buddy B’s.

“My parents said they wanted to retire, and I panicked a little bit because I don’t know how to cook rice,” Boe said with a laugh. “I reached out to Natasha Clement, who had made the news at that point and who had made a name for herself locally and nationally.”

Both Boe and Clement are natives of St. John the Baptist Parish. Clement considers herself a “river rat” through and through, having grown up among sugarcane and the tried-and-true recipes passed down among generations of River Region residents.

Clement has worked in the restaurant industry for more than 25 years, and she started cooking for her friends’ small gatherings on the side, not expecting any extra money or business to come from it. Her friends pushed her to compete nationally, and Clement decided to take advantage of Food Network casting calls in the New Orleans area.

Her big break came when she was featured on All-Star Academy in 2016 and took home first place, winning a $50,000 grand prize. She used her earnings to start her own catering company.

“I met the right people at the right time and started cooking for athletes and people like Justin Timberlake and Jennifer Lawrence. It kind of ballooned from there,” Clement said.

However, she was still missing a coveted brick and mortar restaurant, something Boe took note of while reading a 2019 L’OBSERVATEUR article about Clement catering Drew Brees’ 40th birthday party.

Boe said Buddy B’s is the comforting “red beans and rice on a Monday” blue collar restaurant, while Santos is the place for Clement to showcase her talents.

Even now that the restaurant is open, Clement can’t help but feel nervous about this huge step forward.
“This is the hardest thing I have ever done in my life, and I’ve been through my share of hardships. At this point it’s either go big or go home. At 43, this is the youngest I’m ever going to be to do something, so I went for it,” Clement said.

She said it would not be possible without her talented kitchen staff, including the sous chef from Colombia who cultivates the authentic flavors. Clement added that it’s awesome to teach the younger members of the staff a style of service that is needed in the River Parishes.

At a ribbon cutting ceremony held this week, Boe said, “The goal was to create something in the River Parishes that people would want to go to. A place that would get people to not go on the Interstate to New Orleans. To do that would have to be something exceptional in the setting, the service and what’s on the plate.”

Through support from the Louisiana Federal Credit Union and South Central Planning Commission, Santos and Buddy B’s have provided jobs for 45 employees in the River Parishes. Benefits include paid leave, health insurance and a matching 401K program with the intent to attract and maintain quality workers.

“As a lifelong resident of District 7, I grew up just a couple of streets away from here. This is the most beautifully thought out place we’ve ever had in our district. I know it will serve the entire parish, but I’m honored that you guys brought it here,” she said.

Santos is open for lunch from 11 a.m. to 2 p.m. Tuesday through Friday.