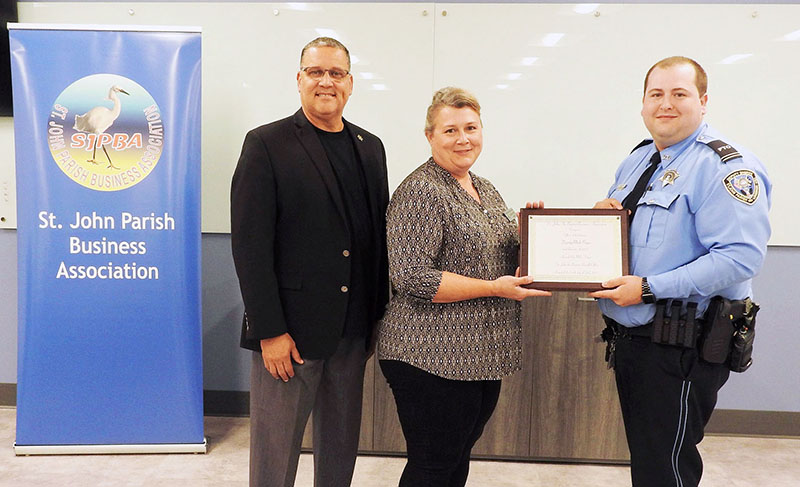 LAPLACE — Deputy Blade Rager has been named Officer of the Second Quarter for outstanding job performance in apprehending four young males including two juveniles during a traffic stop at about 1:30 a.m. on June 7.

Deputy Rager was honored by the St. John Parish Business Association during its regular meeting held July 14 at the Lloyd B. Johnson Law Enforcement Training Center in LaPlace. Sheriff Mike Tregre welcomed the group and also led members on a tour of the facility after the meeting.

At about 1:30 a.m., Deputy Rager observed a vehicle with a burnt tail light traveling on West Airline Highway near the intersection of Rue de Sante Drive in LaPlace. Deputy Rager then proceeded to conduct a traffic stop. The driver stopped the vehicle, and four males exited the vehicle. They began to walk quickly in different directions as they displayed their hands. Deputy Rager immediately ordered the males to place their hands on the vehicle and to not move. The males complied with the orders. Deputy Rager then conducted a pat down of each subject, who were all juveniles from New Orleans.

Deputy Rager also detected a strong odor of marijuana emitting from the vehicle, and one of the juveniles produced a bag of marijuana. With probable cause to search the vehicle, Deputy Rager then located an AR style rifle with a magazine loaded into it inside a school bag on the rear floorboard. He also located four other guns in the vehicle. He also located a bag in one juvenile’s sock with cocaine; and a bag of marijuana in another juvenile’s sock. One juvenile also was wanted by NOPD for possessing a handgun, second offense. All four subjects were booked with various firearm and drug charges. 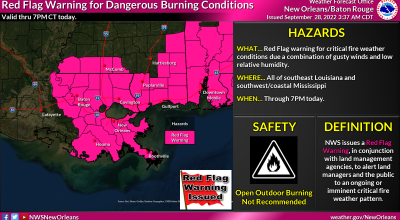