Chris Taylor looks forward to capturing moments on the field 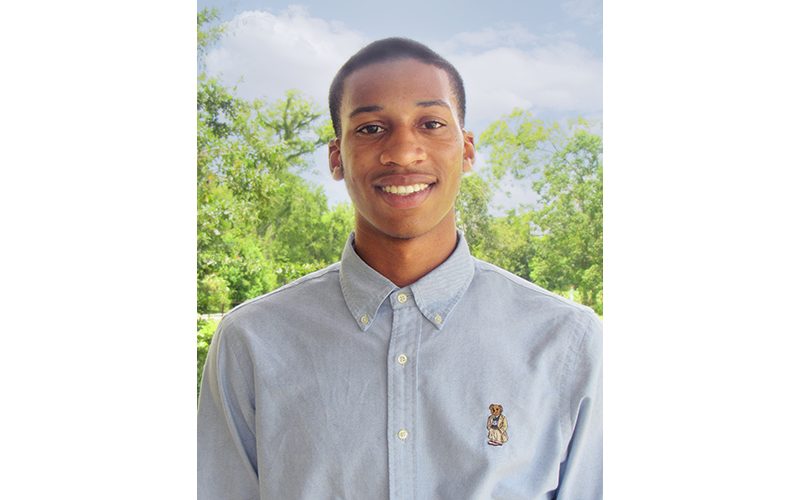 LAPLACE —L’OBSERVATEUR welcomes Christopher Taylor as a contributing writer for the 2021 football season.

Taylor was named the Class of 2021 salutatorian for East St. John/ the STEM Magnet Program, and he plans to major in mass communications at Xavier University. His passion for sports writing and photography was set in motion through the New Orleans Junior Journalism Program.

Starting from his freshman year in high school, Taylor had the opportunity to step onto the big field and cover the New Orleans Saints. With a press pass in hand, he got a jump start into the world of journalism.

“I was learning to capture more than the stats you see on TV,” Taylor said. “I wanted to go behind the scenes and find the story behind an athlete or the coach.”

Taylor enjoys telling stories through his writing. When covering up-and-coming athletes in the River Parishes, that might involve talking about their future endeavors and their inspiration behind wanting to play at the collegiate level.

Writing is also a way for Taylor to express himself.

“I’m getting better at speaking, but writing has always been easier for me because you can say exactly what you mean and paint a picture in people’s minds,” Taylor said.

He added, “I’ve always been inspired by sports. That’s my passion. I think it’s the competitive nature in me. I’m really invested in the games.”

Taylor is equally talented behind the camera. He started his business, ChrispyCaptures Photography, while still in high school. Sports photography became an area of interest as he captured action shots of the New Orleans Pelicans through the Junior Journalism program. Having his photos published online inspired him to learn as much as he could about his camera.

Taylor’s long-term goal is to build ChrispyCaptures into a full-fledged media company covering sports, music and more. He plans to continue freelancing throughout his collegiate career.

During high school, he was a member of STEM ambassadors, 4-H Club, Beta Club and Debate Club. Outside of school, he volunteered with the Mission Department and Youth Department of Mt. Calvary Church of God in Christ.