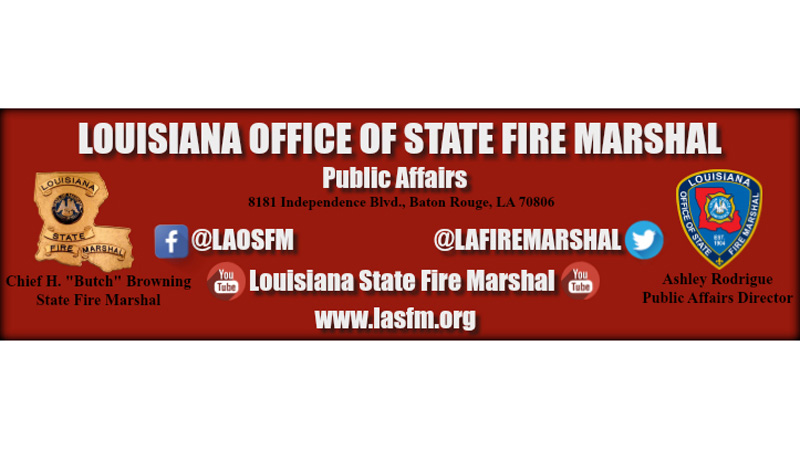 ORLEANS PARISH- The State Fire Marshal’s Office is seeking the public’s assistance in identifying and locating a person of interest wanted for questioning in connection with a fire inside of a French Quarter grocery store.

Around 10:30 a.m. on Tuesday, July 6, the New Orleans Fire Department responded to a call for a fire inside of the Rouses grocery store located in the 700 block of Royal Street. The fire was contained to a shelf of paper towels. Another customer quickly extinguished the fire with a jug of water.

Despite the store being occupied by staff and several customers at the time of the fire, there were no injuries reported.

Following an assessment of the scene, including obtaining video evidence, deputies determined the fire was intentionally set and are now looking for a person-of-interest.

In the attached surveillance photographs, the unidentified male can be seen wearing a large, black backpack over a white t-shirt with blue lettering reading “New Orleans,” along with a dark hat with an unknown emblem, and blue jeans. He was last seen in the French Quarter area heading in the direction of Esplanade Avenue.

The SFM is asking anyone with information about this person’s identity and whereabouts to contact our Arson Hotline at 1-844-954-1221 or share the information through our online tip form found at lasfm.org.

A cash reward may be available for tips leading to an arrest and conviction in this case. 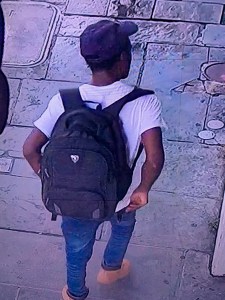 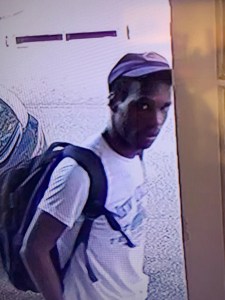 Gov. Edwards’ statement on the passing of Former Gov.…