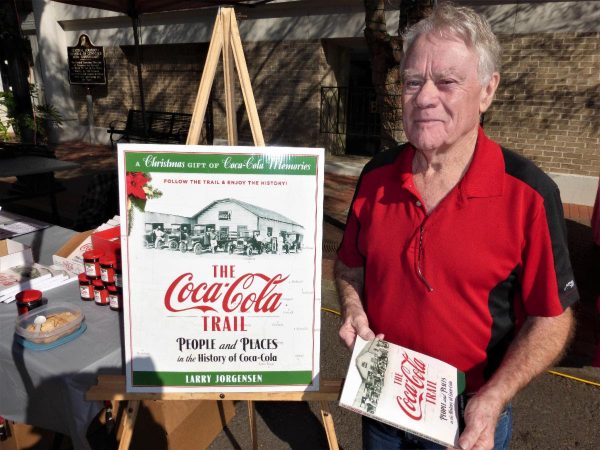 Coca-Cola history to be sold

Coca-Cola history will be on sale when Coca-Cola collectors from throughout the United States gather in Baton Rouge for their annual convention July 13-17.
Coca-Cola is the most collected brand name in the world and hundreds of collectors will be selling, as well as seeking, a wide variety of items which feature the familiar Coca-Cola spencerian script logo. Included will be large pieces of memorabilia such as old signs and vending machines, to smaller items such as rare Coca-Cola bottles, collectible serving trays,
old advertising, promotional products and hundreds of other items which have been created for more than a century by the Coca-Cola company.
However you won’t have to be a collector to obtain your own piece of Coca-Cola history to display or to place in a game room or man cave. The public is invited to attend the show and sale to be held July 17 at the Crowne Plaza Hotel in Baton Rouge.
Of special interest will be a recently released book which reveals some
fascinating history of Coca-Cola people and places. Written and published
by Louisiana author Larry Jorgensen, the book includes historic photos and
provides information about interesting Coca-Cola places to visit. The author
will be at the show to answer question and sign copies of his book.
There will not be an admission fee for the event which is open from 10:00 am until 2:00 pm.
For additional information about the book: https://thecocacolatrail.com
You Might Like

NEW IBERIA, La. — Iberia Parish has been featured on a list of the top 7 fishing destinations in the United States for... read more