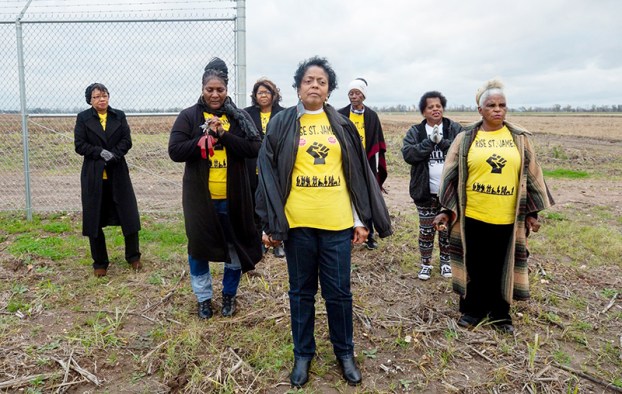 ST. JAMES —Sharon Lavigne, leader of environmental activist group RISE St. James, was recently honored with a Goldman Environmental prize for her efforts in stopping the proposed Wanhua plastics plan in 2019, in addition to her ongoing work against other petrochemical projects proposed for the region.

Her allies said they hope the honor — the environmental movement’s biggest annual award — will help Lavigne build on her past success to realize her current goal of preventing the Formosa Plastics project from ever being built.

Last year Lavigne’s group, Louisiana Bucket Brigade and Healthy Gulf challenged the project by filing a federal lawsuit, represented by the Center for Biological Diversity. That suit resulted in a construction delay and the permit being suspended pending further review.

“When the governor of Louisiana came to St. James Parish and announced Formosa Plastics was coming to town, Sharon Lavigne was brave enough to stand up and say ‘No’. Sharon had a different vision for her historic Black community,” said Anne Rolfes, director of the Louisiana Bucket Brigade. “When parish officials told her that Formosa was a done deal, she insisted that it was not. Her leadership, courage and vision are rewarded today by the Goldman Prize. And she would be the first to say that this is just the beginning. The fight has just begun.”

“Sharon is in an intense, ongoing fight for the life of her community and our planet. We hope this richly deserved honor and recognition helps Sharon reach her goal of stopping Formosa Plastics,” said Julie Teel Simmonds, a senior attorney at the Center. “Sharon has battled through pollution-related illness and the loss of loved ones, and she keeps faithfully fighting environmental racism. Under the leadership of this amazing woman, we’re going to stop Formosa Plastics and advance environmental justice in this country.”

Lavigne has helped attract national media attention and support from thousands of individuals around the country, as well as faith groups, national and international organizations, members of Congress and the Biden administration, attorneys general from other states, and United Nations human rights experts.