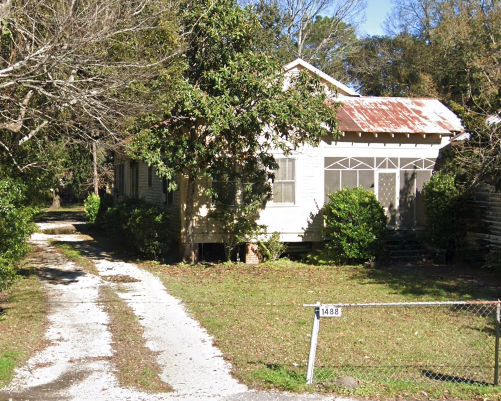 Historic District Commission to vote on removal of structures

RESERVE — With plans moving forward for the construction of a new library in Reserve, the St. John Parish Historic District Commission has a role in deciding the fate of two contributing structures in the Reserve Historic District.

The bungalow-style homes at 1490 and 1488 Highway 44 in Reserve are identified as 48-04410 and 48-04409 on the Louisiana Historic Resource Inventory. According to a Historic Resources Survey of the Reserve Historic District, houses built between the turn of the 20th Century and the start of World War II are deemed historically significant in connection with the success of the Godchaux Sugar Refinery, founding of the Reserve Telephone Company and improved access to New Orleans.

Library Director Andrea Tullos made a presentation to the Historic District Commission Thursday afternoon to discuss the removal of the two contributing structures. However, she emphasized that the goal isn’t to demolish the structures, but to relocate them.

“This is not to demolish or destroy. This is a possibility to repurpose. To do that, we are working with the Parish Council and also with the Parish offices,” Tullos said.

The $10 million Reserve Library construction project, fully funded by the Library budget at no additional cost to taxpayers, will incorporate the nearby 1885 House (also known as the LeBrun House) and the neighboring St. John Theatre to create one large cultural center.

Tullos said libraries of the 21st Century are not just repositories for books, but rather serve as community centers that can incorporate sensory spaces, farmers markets, genealogy labs, pop-up bands and much more.

The structures at 1490 and 1488 Highway 44 are on the land that has been purchased for the Library project, and the Historic District Commission will vote in July whether to award a Certificate of Appropriateness for the removal of the structures. A COA is defined on the Parish website as a formal approval letter that certifies the proposed scope of work complies with Historic District requirements.

During the public comment period of Thursday’s informational meeting, community member Mark Maurin asked the Historic District Commission to save the structures.

“I want to know what’s going to happen to these two houses that are going to be destroyed or moved. It seems to me that this should have taken place before anything was even bought,” he said.

Tullos said she has already been approached by individuals who are interested in purchasing the homes.

A discussion with Peter Montz this past week detailed the process for putting the properties up for auction. Tullos added that the Library team values the unique history of St. John Parish, which is why the Reserve Library project is themed “Building Our Future While Preserving Our Past.”

“Our past is very important. Our historical markers, as people have mentioned, are important, and it is not our intent to destroy, deface or change the intent of why they are there,” Tullos said.

An analysis of the site was conducted in Fall 2020 and led to the Parish Council approving the purchasing of the property on November 24, 2020. The real estate closing took place on December 14 and 15.

Community engagement sessions were held in April at REGALA Gymnasium in Reserve. Now that the Parish Council has authorized a contract with the Library Board and Ewing Cole Architects, the design process can kick off by the end of June.

“He’ll be a part (of the process) every step along the way, so he’ll have an opportunity to keep you informed as well,” Tullos told the Historic District Commission members.

Chairwoman Joy Banner appreciated that the plans for the new library speak to oral history, local history and maker spaces that could aid in education for historic preservation. However, she said the Historic District Commission must make decisions that align with its mission of protecting historic structures.

“I’m not trying to condemn the library. I understand the desire for progress, and I think that the design is awesome. It looks amazing. But I think it seems contradictory and it puts us in a tough spot when our role is to do what we can to protect these structures, and there’s developments that are not placing these historic structures as a priority,” Banner said.

She asked if there were ever considerations to incorporate the two houses into the Library’s design as a museum interpretation space. Tullos responded that Library officials focused on the 1885 house rather than utilizing all three buildings because of the need for flexible space.

The Historic District Commission is expected to vote on the Certificate of Appropriateness at 3 p.m. July 8 at 1811 W. Airline Highway in LaPlace.

For more information or to leave feedback on the Reserve Library Building project, please visit stjohnlib.com.