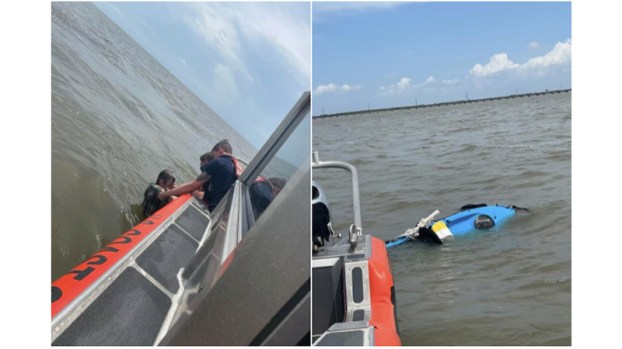 A resident of New Orleans was safely rescued while wearing a life jacket and had no reported injuries.

Watchstanders at Coast Guard Sector New Orleans received a report around 2 p.m. from a train operator who was traveling on a railway adjacent to Irish Bayou. The operator reported that he saw a blue capsized kayak and a person in the water who appeared to be in distress.

He was then safely transferred to shore.

The Coast Guard recommends staying close to your kayak or vessel in case of capsize to increase your visibility to responders.