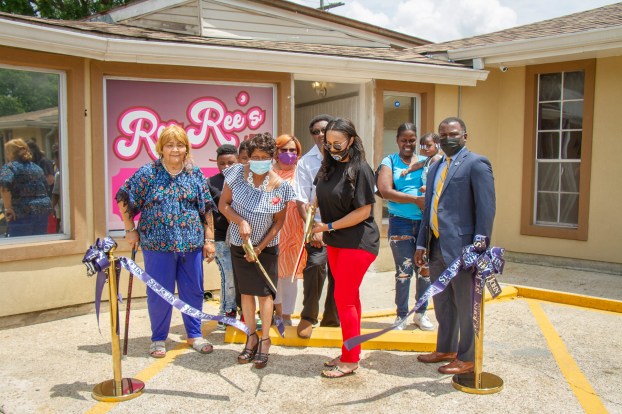 LAPLACE — Marie Smith hopes to “bring some love back to the community” with the opening of Ree Ree’s Mini Mart at 1 Ormond Blvd. Ste. C in LaPlace.

The store is open from 8 a.m. to 8 p.m. Monday through Saturday and offers a wide selection of convenience store products in a warm and welcoming environment. Store products include but are not limited to cold drinks, energy drinks, sweet and salty snacks, candy, ice cream, frozen cups, cereal, milk and household necessities.

Smith plans to start out serving sandwiches and eventually expand to offer weekly hot meal specials. She’s always had a love for cooking and a heart for serving the community, often digging into her own pockets to prepare grilled chicken or a big pot of red beans to make sure all of her neighbors had a hot meal on a Saturday. The idea of opening a mini mart arose after she started serving nachos, huck-a-buck frozen cups and other concession foods out of her home.

For the past three to four years, opening a store was a dream she shared with her daughter, LaKisha Smith.

“We wanted to open up our own business, and I asked her if we could wait until I was ready to retire. We decided she would set her money to the side and I would set my money to the side, and we would do it together. Unfortunately, she got sick and passed away,” Smith said.

Now that she’s retiring from the Jefferson Parish School Board, Smith is determined to fulfill that dream and keep her daughter’s spirit alive. Smith was surrounded by family as she celebrated the opening of Ree Ree’s Mini Mart on Friday, June 4. The group included two of LaKisha’s children, 12-year-old Robert Townsend and 9-year-old Rahsaan Townsend, who have each pledged to help out by stocking shelves at the store.

“I told them to make their Mama happy, so they’re going to be in here helping me, too,” Smith said. “I want to show my grandchildren that they can make a difference in the world if they think about what they want to do in life and set their goals. It’s always been my dream to have something to do once I retire, and I always wanted to run my own business.”

Ultimately, Smith wants to contribute to the community and serve the public any way she can.

“I’m the type of person that cooks for everyone and cleans for everybody. I try to make everybody happy. Those are things that inspire me,” she said. “I want to have a huge kitchen where I can serve all kinds of food. I want the public to know we have a warm environment and that it’s friendly. Nobody is going to work here unhappy or treat the customers badly.”
Smith’s life is guided by faith, as evidenced by the religious sign that hangs on the wall under a “Welcome to Ree Ree’s Mini Mart” display.

Smith’s sister, Sarah Keller, said Ree Ree’s will be successful because her sister wears her heart on her sleeve and does everything with excellence.

“My sister is an awesome woman of God. She has a big heart. She’s had this dream for a long time, and I’m so happy it’s finally come to pass,” Keller said. “I know she will have tremendous success. I’m proud to be her sister. We have a large family, and we’re united.”

DESTREHAN — The German Coast Farmers’ Market will have its 18th Anniversary Celebration from 8 a.m. to noon Saturday,... read more