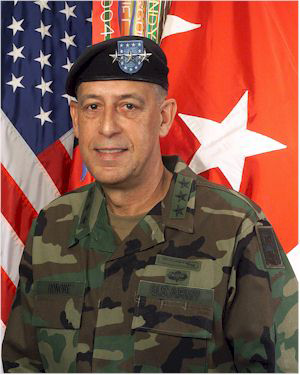 Beginning at 6:30 p.m. outside the Fee-Fo-Lay Cafe, 5593 Highway 18 in Wallace, the town hall will address the potential impacts of the proposed Greenfield grain elevator on air and water quality. Additional environmental advocates and groups will also be present.

Known for a stellar military career, Lt. Gen. Honoré has also emerged as a powerful voice in the fight for environmental justice having mobilized the GreenARMY, “an alliance of civic, community and environmental groups and concerned citizens from around the state ready to effect meaningful social, political and environmental change in Louisiana.”

Community organizer and Wallace resident Jo Banner believes it is this voice that is sorely needed to stop projects such as the proposed Greenfield Export’s grain terminal.

“Lt. Gen. Honoré is a true leader,” Banner began, “A leader that is unafraid to

speak for our health and the health of our environment.”

Wallace falls within the 98th percentile in the nation for cancer risks, according to a National Air Toxics Assessment by the Environmental Protection Agency. Members of the Stop the Wallace Grain Terminal community organization are concerned that pesticides, bacteria, mold and fungus emanating from a grain elevator could contribute to an increase in serious health conditions, such as asthma, cardiovascular disease and fibrosis.

“We are bringing an American hero to St. John the Baptist Parish.” said Banner. “I hope our leaders use this occasion to engage with both him and the community for a better, healthier parish.”

For more information about the town hall or Stop the Wallace Grain Terminal organization, contact Jo Banner at jo@thedescendantsproject.com or 225-206-1993.