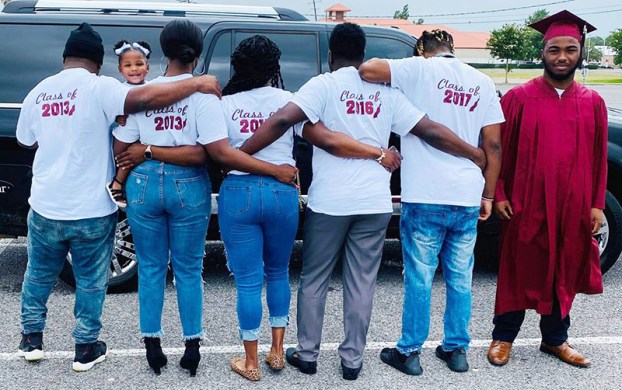 DESTREHAN — Demitra Wells Smith watched with pride as her son L’Bryson, the youngest of her six children, walked across the stage with his diploma in hand. 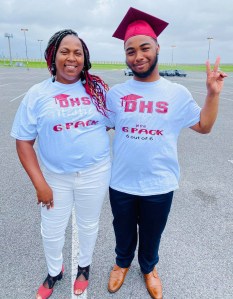 It wasn’t always an easy journey. Smith became pregnant with her first child when she was a junior in high school. Becoming a mother at only 17 years old meant she had to work twice as hard to keep her grades up and provide for baby boy Lou’Donovan. On March 5, 1994, she secured her first job at Burger King and remained there for 23.5 years, even while working multiple other jobs.

While working hard and keeping her grades up, Smith became pregnant again and gave birth to Lexus in November 1994.

“This time, I was grinding in the books and on the job because I would soon have two mouths to feed,” Smith said. “School was hard not being in the classroom, knowing I had to get my work done and get back to school so I could finish a term paper for English IV to graduate. I must have stayed after school a month straight to finish up. In May 1995, I walked across the stage and received the diploma I had worked so hard for.”

Smith gave birth to her third child, Lamitra, in January 1996, and she became a wife five months later. She became mother to Lamarr in May 1997 and L’Kyron in September 1999. Her caboose, L’Bryson, was born in 2003.

After Smith divorced, she knew she had to march forward because her children were depending on her. She remarried in June 2008 and continued to be the mother who would hold down two or three jobs at a time to make sure her children had everything they needed in life.

“I remember working four jobs at one time when Lexus went off to college. I worked so much, I got days mixed up, but I got through it,” Smith said.

Smith is grateful for the support team that helped her along the way, including her mother and her son L’Kyron’s godmother.

Smith loves her Six-Pack very much. After years of enduring the struggle, she can now pat herself on the back and say “job well done.”