St. Charles Catholic High School is proud to announce the valedictorians and salutatorian of the 2021 graduating class.

The top graduates are

St. Charles Catholic High School is also pleased to announce that this senior class received over $5 million dollars in scholarships, in addition to their scholarships earned from TOPS awards program.

St. Charles Catholic High School is proud to present additional information about the valedictorians and salutatorians of the 2021 graduating class. 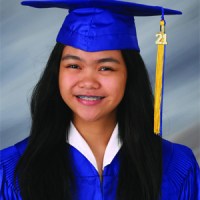 Jessica Yu Basilides, the daughter of Renato and Mabella Basilides, finished with a GPA of 4.85. She plans to attend the University of Louisiana at Lafayette to pursue a degree in nursing and eventually to become a family nurse practitioner. During her years at SCC, Jessica was a member of the Beta Club and National Honor Society. She was also part of the tennis, track, and cross-country team.

She is a recipient of the TOPS Opportunity Scholarship in addition to scholarships from the University of Louisiana at Lafayette, totaling $46,736.

When asked about her years at SCC, Jessica stated, “SCC offered me an amazing five years, filled with friendships, growth, and wisdom. I am greatly appreciative of the guidance and support given to me by my teachers and friends. St. Charles Catholic has gifted me with so many wonderful memories that I will cherish forever.” 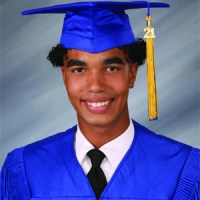 Dominic Alan Joseph, the son of Todd and Cherie Joseph, finished with a GPA of 4.85. He plans to attend Louisiana State University to major in biology on the pre-med track. Dominic served as president of the Executive Board of Student Council, secretary of the Stagehands, a member of the Eucharistic Ministers and Retreat Team, and served as a pep rally MC during his senior year. Throughout his time at SCC he has been an active member of Beta Club, National Honor Society, Fellowship of Christian Athletes, Comet Ambassadors, French Club, and the ACT 30+ Club. Dominic is a five-year letterman of SCC’s swim team and qualified for both Metro and State his junior and senior year. His senior year he qualified for the All-Academic Boys Composite Team for swimming. He is an active member in his church parish of Ascension of Our Lord and serves as a lector.

Dominic received the TOPS Honors Scholarship as well as other scholarships, totaling $363,490.  He was voted Best Leader by his senior classmates and received the 12th Grade Student of the Year Award.

When asked about his time at SCC, Dominic remarked, “I will forever be grateful to SCC for putting me in an environment where I have been afforded the opportunity to achieve all goals set for myself. I will always have love for the students, faculty, and community for shaping me into the person I am today. I will miss the Comet spirit, but I know that SCC will always hold a special place in my heart.” 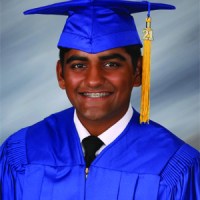 Ishan Harish Iyer, the son of Anila Patel and the late Harish Iyer, finished with a GPA of 4.85. He plans to attend Louisiana State University to pursue a major in biology and a minor in general business, and after receiving his undergraduate degrees, he plans to attend dental school. Over the course of high school, Ishan has been a part of numerous clubs and sports, such as cross country, track and field, soccer, tennis, National Honor Society, Beta Club, Student Council, and Comet Ambassadors. During his senior year, he was named a member of the 2020-2021 LHSAA Academic All-State Composite Team for tennis.

Ishan is a recipient of numerous awards and scholarships from many universities, totaling $1,758,144.

When asked about his years at SCC, Ishan stated, “SCC will forever be engraved in my memory because of all the amazing times I had while attending. From hanging out with my friends to studying in the classroom, SCC has taught me so much that will most certainly help me in the future.” 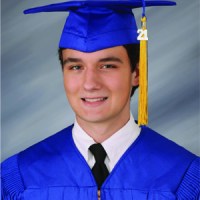 Austin Michael Martin, the son of Troy and Melissa Martin, finished with a GPA of 4.85. He plans to attend Louisiana State University to pursue a degree in electrical engineering. Throughout his time at SCC, Austin was an active member of National Honor Society and the track and field team. He was also a member of the ACT 30+ Club. Each year, Austin represented SCC at district and state literary rallies, competing in physical science, chemistry, and French.

For the past seven years, Austin has been a member of the St. James Parish 4-H Shooting Sports Team and has competed annually at regional, state, and national tournaments. Notably, Austin was a member of the Louisiana State Shooting Sports Team, which placed first in the country in 2018 and 2019, and he placed first overall in the 2019 National Air Rifle Silhouettes competition. He also received the second and third overall individual awards in 2018 and 2019. He has qualified for nationals again this year and will compete in June 2021 in Grand Island, Nebraska.

Austin received the TOPS Honors Scholarship in addition to other scholarships and stipends from LSU, totaling $55,252.

When asked about his time at SCC, Austin said, “Thank you to my teachers who created a supportive and nurturing environment during my four years at SCC. I know the personal and academic lessons I learned at SCC will be a great foundation as I continue my education. I am also grateful for the friends and classmates who made my time at SCC enjoyable and memorable.” 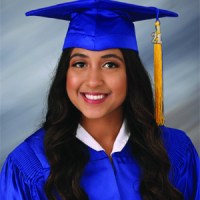 Sejal Vimal Patel, daughter of Vimal and Mina Patel, finished with a GPA of 4.85. She plans to attend Louisiana State University to pursue a degree in computer science and plans to become a data scientist in artificial intelligence. In her senior year, Sejal served as secretary of the Executive Board of Student Council, vice president of the Beta Club, and was an active member in National Honor Society. During her time at SCC, she participated in volleyball, cross country, track and field, and tennis. Sejal was named to the 2020-2021 LHSAA Academic All-State Composite Team for tennis.

Sejal received the TOPS Performance Scholarship in addition to scholarships and awards, totaling $1,717,463.

When asked about her time at SCC, Sejal replied, “St. Charles Catholic has taught me so many lessons, both in and out of the classroom, that have helped me mentally prepare for the next steps of my life. It gave me an understanding of how to dedicate my time and to stay committed to my plans for the future. I am so grateful that I attended this school because it gave me a chance to make new friends and unforgettable memories.” 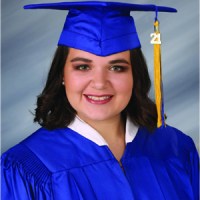 Sara Camille St. Pierre, the daughter of Dale and Susan St. Pierre, finished with a GPA of 4.82. She plans to attend the University of Louisiana at Monroe to major in pre-pharmacy. She intends to become a hospital pharmacist and earn her way to become the CEO of a hospital. As a Comet, she was a member of the Beta Club, Student Council, National Honor Society, Stagehands, Comet Ambassadors, and Creative Writing Club. She is an active parishioner at Ascension of Our Lord and served as an altar server for nine years. She was awarded the 2021 Knights of Columbus Catholic Youth Leadership Award.

Sara is a recipient of the TOPS Honors Scholarship, as well as the University of Louisiana Monroe Academic Excellence Scholarship, totaling in $49,148.

When asked about her time at SCC, Sara commented, “SCC has developed me into the person I am over these five years. The faculty and my fellow students have all taught me how to get others to Heaven by helping them and being kind to them. I am happy to be graduating from a school full of spirit and faith.”