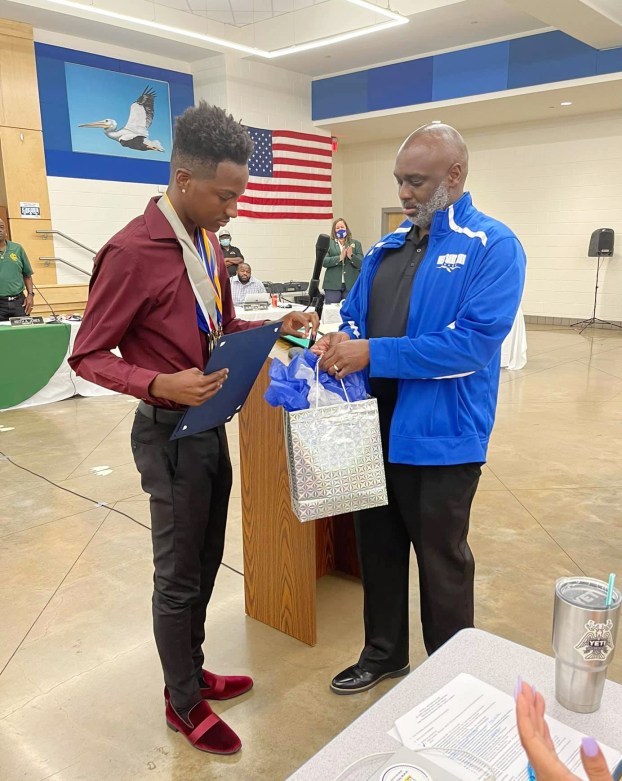 The meet was held earlier this month at the Bernie Moore Track Stadium at LSU in Baton Rouge, and Monroe finished the 110-meter hurdles with a time of 15.63 seconds.

Monroe also took home third in the 300-meter hurdles at the state meet with a time of 42.90 seconds.

Sophomore Kharma Creecy also represented West St. John at the state meet. Creecy competed in the shot put and earned eighth place with a distance of 29-09.00.

Hill has known Creecy for a number of years, and he said she’s an outstanding student and a more phenomenal athlete than words can attest to. Chenier said Monroe is just as gifted academically, and the word “humble” perfectly describes his character.

The St. John School Board gave Monroe a standing ovation as he was honored for his first place finish.