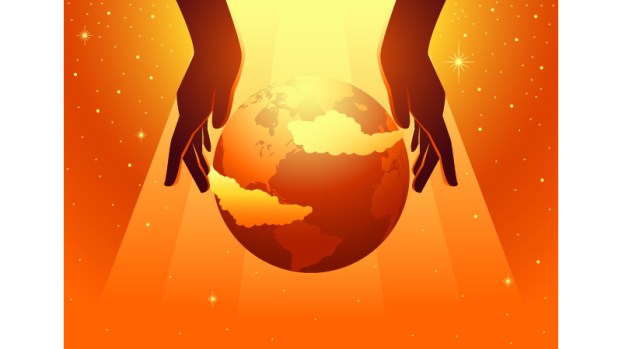 CONVENT — In the River Parishes and beyond, environmental activist groups are outspoken in their pursuit to address climate concerns and improve quality of life for individuals residing along the Mississippi River corridor.

Sunrise Movement NOLA was founded in 2017, and a new campaign called “Generation on Fire” began with conversations between hubs in New Orleans and Texas about their shared needs as frontline communities. Young men and women have embarked on a 400-mile trek from New Orleans to Houston, passing through areas that have reportedly faced impacts from climate change, the petrochemical industries and fossil fuel companies.

“This march symbolizes my story as a climate refugee who fled New Orleans and moved to Houston after Hurricane Katrina destroyed my city. This is me claiming agency over my future. Young people like me are ready to roll up our sleeves and do the work to make sure we are prepared and protected from natural disasters and future recessions,” said Chanté Davis, a high school senior and Sunrise Movement organizer.

Along the way, marchers are advocating for the creation of programs similar to the “Resilience Corps,” which was piloted last year in New Orleans to bolster the city’s disaster response while creating economic opportunity for those who lost their jobs amid the COVID-19 pandemic.

Local environmental groups in the River Parishes have also expressed a desire to create clean job opportunities based in culture and tourism that will pay well and reduce environmental risks for residents.

Youth activists with Sunrise Movement NOLA recently met with community organizers with RISE St. James and The Descendants Project of St. John the Baptist Parish near the beginning of their journey from New Orleans to Houston.

In a press release, participants said they hope to use donations through the Sunrise Movement’s social media pages and mutual aid fund to support communities like St. James and St. John in the fight against industry impact and climate change. Organizers participated in a “Stop the Wallace Grain Elevator” demonstration at Fee-Fo-Lay Café in Wallace last week to demand “healthy jobs and healthy air” on the West Bank of St. John the Baptist Parish.

West Bank residents and members of the Tulane Environmental Law Firm have expressed concerns over the link between grain dust and respiratory issues such as asthma, bronchitis and other pulmonary diseases.

The letter from Tulane Environmental Law Clinic states that Greenfield Louisiana LLC appears to have begun construction without the necessary permits from the U.S. Army Corps of Engineers based on a video recorded at the site on May 12, 2021. Lisa W. Jordan, director for Tulane Environmental Law Clinic, also stated that the project would impact jurisdictional waters and is within 1,500 feet of a levee. According to Jordan, “No project construction should be taking place anywhere on this site.”

Parish President Jaclyn Hotard said she will instruct Code Enforcement to thoroughly inspect for any possible St. John the Baptist Parish ordinance violations.
Greenfield Louisiana has stated that the proposed 248-acre export terminal is expected to employ 60 people and move more than 11 million tons of agricultural products to the export market.

RISE St. James has also been active in its efforts to combat the development of Formosa Plastics’ proposed petrochemical Sunshine Project. The project, planned for St. James Parish near the Sunshine Bridge, would produce polyethylene, polypropylene, polymer and ethylene glycol used in the production of items such as N95 masks, car casings, ropes, drainage pipes, artificial turf, playground equipment and antifreeze. Formosa anticipated the project would create 8,000 jobs at peak construction and 1,200 permanent jobs once operational with an average salary of $84,500.

Based on a March 2021 report from the Institute for Energy Economics and Financial Analysis, RISE St. James activists believe that market oversupply, low petrochemical prices, rising construction costs and environmental regulatory challenges related to the Formosa Project pose a financial risk to taxpayers.

The IEEFA report, accessible at ieefa.org/wp-content/uploads/2021/03/Formosa-Louisiana-Wrong-Products-Wrong-Time-Wrong-Place-Wrong-Finances_March-2021.pdf, estimates annual revenues from the Formosa site will be in the $2.5 billion range, “20% lower than the revenues predicted in a consultant study Formosa used in 2018.” According to the report, the Taiwan Rating Service recently estimated the cost of the Sunshine Project to be $12 billion, while Formosa estimated construction to come at a cost of $9.7 billion in 2018.

“Why is the Parish Council continuing to support dead-end industries with no future? We need good, healthy jobs and businesses that’ll provide for our children and our grandchildren,” said St. James resident Chasity White.

“The Shell refinery closure should be a wake-up call to the Council. The last thing we need is more dying industry,” she added, referring to the recent closure of Shell’s Convent facility.

Planning for the St. James Parish complex began in 2015. Formosa proposed two construction phases with a goal to become operational by 2028. However, the project has seen considerable delays throughout the COVID-19 pandemic.

“Communities across Louisiana are benefiting from good jobs in healthy, growing industries,” said White. “My question to the St. James Parish Council is, ‘why aren’t we?'”