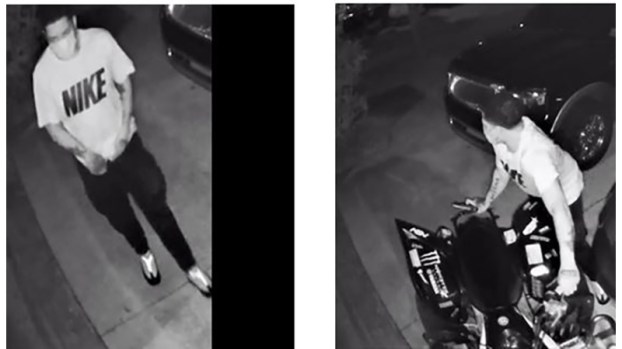 Detectives are seeking the public’s help to identify this subject who attempted to steal an all terrain vehicle on May 4, 2021 from a resident’s garage in Garyville.
Reviewing home video surveillance, officers observed this male subject enter the victim’s garage and began to push the victim’s four wheeler onto the driveway. As the subject was attempting to reposition the ATV in the driveway, a handgun was clearly seen in the subject’s right hand.
The victim began to receive alerts from his video surveillance system indicating that motion was detected in the driveway of his home at which time he observed the subject attempting to steal his ATV.
When the victim attempted to confront the male subject, the subject fled on foot.
Anyone with information about the identify of this subject is encouraged to call Detective Byron V. Smith at (985) 359-8763 or (504) 494-3696.
You Might Like

Detectives are seeking the public’s assistance with identifying this male subject who recently stole a wallet from a woman’s purse... read more