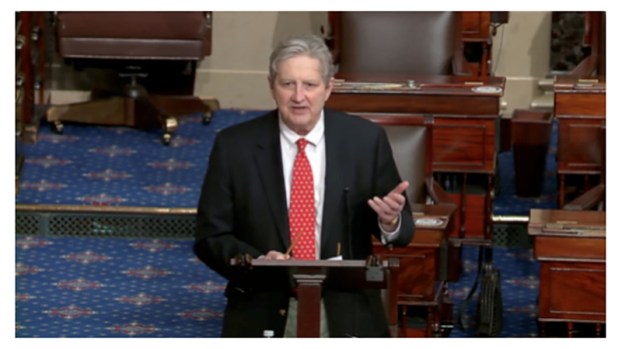 WASHINGTON – The Senate  passed Sen. John Kennedy’s (R-La.) amendment requiring the Environmental Protection Agency (EPA) to conduct an annual study on the prevalence of boil water advisories across the U.S. The EPA Administrator will have to submit a report to Congress describing the results of this study as part of the EPA’s annual budget request, and the report must include specific reasons boil water advisories were issued. The amendment is part of the Drinking Water and Wastewater Infrastructure Act of 2021, which the Senate passed after the adoption of Kennedy’s amendment.

“Boil water advisories affect Americans across the U.S., but they especially plague Louisiana. Louisianians have endured more than 9,600 boil water advisories since 2015, sometimes affecting whole communities. We need to understand the scope of this problem if we want to make sure Louisianians have confidence that their water is safe and clean at all times, and this amendment will make sure the EPA provides answers to our state and our country,” said Kennedy.

Public water systems issue boil water advisories when water distribution systems lose pressure because that loss in pressure can lead to drinking water contamination. This problem occurs frequently in Louisiana, which has experienced almost 10,000 boil water in the last six years and 1,630 advisories in 2020 alone. Since 2015, more than 1,900 advisories have been system-wide, meaning they significantly impacted a large number of people, and often, entire communities. Last year, Louisiana experienced 1,630 boil water advisories, 341 of which were system-wide.

Text of the amendment is available here.

NEW ORLEANS /EINPresswire.com/ — The days of endless research around the web and recommendations from friends on how to plan... read more