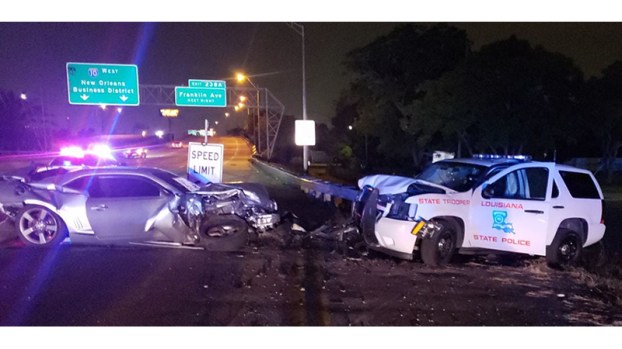 Early this morning at 2:00 am, Troopers with Louisiana State Police Troop B along with local law enforcement partners assisted Entergy with a planned closure of the I-610 in New Orleans. As westbound traffic on I-10 neared Louisa Avenue, an impaired driver caused a three vehicle crash, one of which being a fully marked State Police unit. Minor injuries were sustained during the crash by all parties involved. Troopers placed the impaired driver under arrest for reckless operation and driving while intoxicated.
Work zones continue to be an increasingly dangerous space for workers and law enforcement alike. Troopers urge drivers to slow down, observe posted work zone speeds and maintain a safe distance behind vehicles. 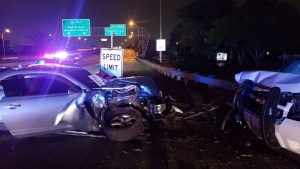