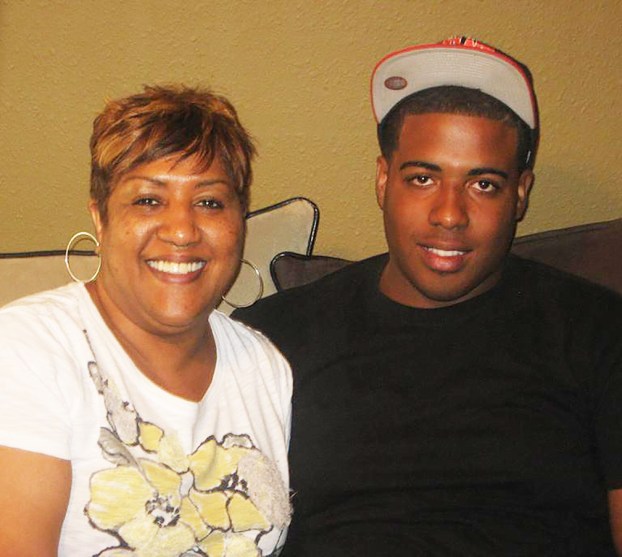 Mother who lost son to murder channels grief into ministry

ST ROSE — Monica Brown Coleman knows that parents can never get over the loss of a child, but they can learn to live through it. After her only son was brutally murdered nearly nine years ago, Coleman started sharing her story and giving other parents in her situation tips and resources to navigate grief.

Coleman is writing a book that will give an in depth look into her son’s murder, the subsequent trials and how she dealt with feelings of grief that consumed her.

Jared Mealey was a happy-go-lucky 19-year-old with a big heart. With that big heart came a tendency to be too trusting and always give people the benefit of the doubt. On May 29, 2012 in St. Rose, Mealey was gunned down in his car by two people he considered to be his friends.

Coleman was in Atlanta when she got the call no mother ever wants to receive. At first, she was numb. The loss was devastating, but going back and forth to court for three years meant going through the motions without having a chance to properly grieve.

Gunman Leslie Reed was sentenced to life in prison for second-degree murder. Co-defendant Keywine Bradford, who flagged Mealey down before the shooting, received a lesser sentence.

“Once the trials were over, it hit me like a ton of bricks. It started affecting my physical health and my mental health,” Coleman said. “I went through a depression. It was a sense of loneliness and hopelessness. I can’t describe the impact because it’s huge and it’s profound and it’s sad and sickening. There is anger and betrayal. You have to learn to trust in humanity again.”

Eventually, she started doing some reading and educated herself on the process of grief. Coleman believes connecting with others is what saved her life, and that’s why she is so open about sharing her story.

Coleman has spoken at a women’s conference year after year to talk about her experience with grief. She also started a ministry called God Still Cares to reach out to other parents who have lost children to violence.
Coleman puts together a bag with various items, each one carrying a special significance. A candle is included for parents to illuminate their child’s spirit on the days they are in complete darkness. A picture frame allows parents to keep their child’s picture near their heart, and a journal is included so they can write down the words they can’t speak.

“When you lose a child, it’s a void, and no matter who or what you may have around you, you still have that feeling of being alone and no one cares about you,” Coleman said. “This gives parents a platform to be able to talk to each other and say, ‘I understand what you’re going through.’”

Several people have called Coleman to ask for advice, whether they are grieving parents themselves or friends or family members worried about saying the wrong thing to a vulnerable loved one.

Coleman was appalled by the stigma that seemed to surround murdered children and their parents. People would approach her and tactlessly ask if her son was selling drugs or in a gang.

“No, he wasn’t. Even if he was, that’s my child. Nobody’s child deserves to be gunned down in their car or anywhere else. That is unacceptable,” she said.

Some days, the pain still feels fresh. Watching George Floyd call out for his deceased mother in his final moments broke Coleman’s heart and made her wonder if her son cried out for his parents when he died.

Coleman’s advice for parents is to be mindful of who their children spend time with.

“If they have access to a vehicle and they are driving around with people you know are not good for them, take the keys away. Take action. Be proactive and do whatever you have to do to get their attention,” Coleman said.

To connect with Coleman, email godstillcares10@gmail.com.