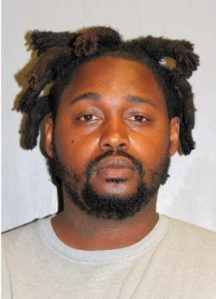 On June 17, 2010, Kenner Police responded to a report of gunfire that occurred in the 700 block of Farrar Street, Kenner. Arriving Officers found a vehicle driven by Hermania Ellsworth, crashed into a tree. Both Ellsworth and the passenger, Charles Davis, were found shot multiple times and pronounced deceased on scene. A three-year old child was found in the backseat injured from the crash. The child was the son of Ellsworth and Davis and was not injured by gunfire.
Detectives began following up on leads to the double homicide and suspected stolen money to be the motive.
On July 9, 2010, St. Tammany Parish Sheriff’s Office discovered the bodies of Herbert Glass and Lynette Williams in Lake Ponchartrain. Glass and Williams were married and resided in the 700 block of Farrar Street. Both victims were found to have sustained gunshot wounds and were bound by duct tape.
St. Tammany detectives had also discovered a Toyota Camry owned by the victims, burned at an Interstate 59 exit, near Pearl River, a day before their bodies were recovered from the lake.
Both law enforcement agencies believed the two homicide investigations may be related due the St. Tammany victims residing in close proximity to where the Kenner Homicide occurred and occurred only three weeks apart from each.
A joint investigation was conducted amongst the two agencies. Suspects were developed in 2010 however, no arrest were made at that time. Dernell Nelson was one of the suspects developed in 2010.
Kenner Police re-opened the investigation in March of 2021, after receiving an inquiry by the television documentary series Unsolved Mysteries. Cold Case Homicide Detective Nick Engler was assigned the case, began reviewing investigative reports, lab results, phone records and witness statements.
Detective Engler was able to connect Nelson to the Kenner Homicide by DNA and additional circumstantial evidence.
It is still believed that both homicide cases are related and Detective Engler has been in contact with St. Tammany Parish investigators.
Dernell Nelson has been charged with RS 14:30 First Degree Murder (two counts).
This is now a very active investigation after laying dormant for years. Additional arrests are expected.
Anyone having any information are asked to contact the Kenner Police at (504) 712-2222 or send a tip through the Kenner Police Department website (www.kennerpd.com) or call Crimestoppers at (504) 822-1111.
You Might Like