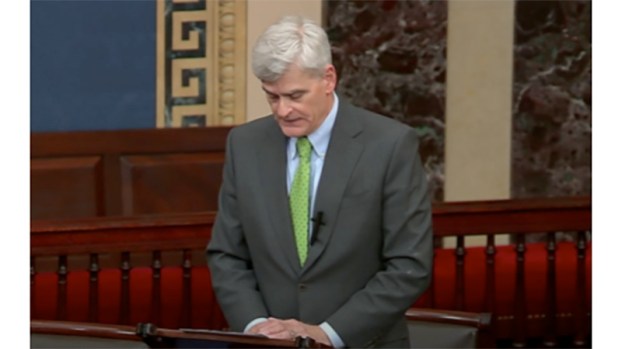 WASHINGTON – U.S. Senator Bill Cassidy, M.D. (R-LA) today delivered a speech on the Senate floor on the Seacor Power tragedy, in which a liftboat capsized off the coast of Grand Isle on Tuesday, April 13, 2021.

“Louisiana experienced a tragedy last Tuesday when a liftboat with a crew of 19 capsized off the coast of Grand Isle. We grieve with the families and we will always remember the lives of those we lost too soon,” said Dr. Cassidy.

During the speech, Cassidy recognized the six confirmed deceased crew members and those still missing. He offered prayers to the crew members of the capsized vessel, their loved ones, and their communities.

He also discussed the heroic efforts of the Coast Guard and good Samaritans involved in the search and rescue efforts. These efforts resulted brough six crew members safely back to shore.