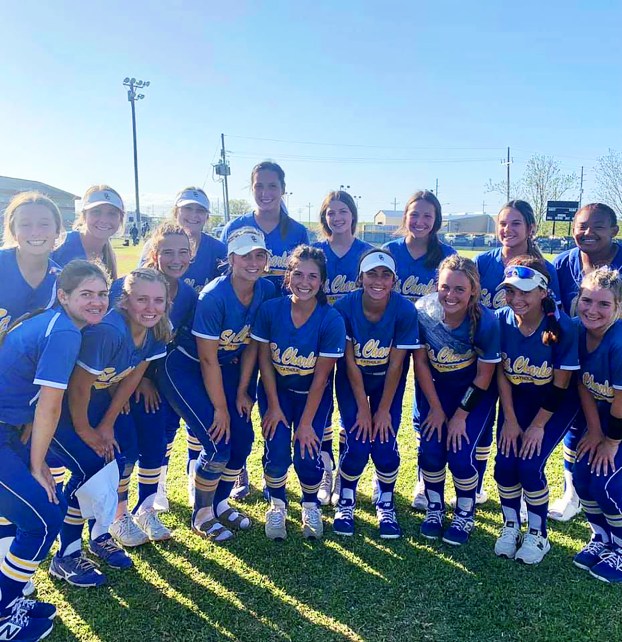 SCC ended its regular softball season this week with a 14-12 record after an 8-4 win over Pearl River on Tuesday. Last week, the Lady Comets won the District Championship with a three-inning, 16-0 win over Morris Jeff Community.

After incurring a series of losses in the Cecilia and Haynes Academy tournaments in March, the Lady Comets went on a six-game winning streak in April and found success against District opponents Louise McGehee, South Plaquemines and St. Mary’s Academy.

SCC had 15 runs in the first inning of the District Championship against Morris Jeff on April 8. The game featured hits from Dani Aucoin, Alyse Chauvin and Rylee San Andres, as well as runs batted in from Azaiyah Moll and Noelle Remondet. Aucoin pitched three innings and delivered seven strikeouts.

The final two games of the season against Covington and Kenner Discovery were cancelled due to this week’s severe weather. Before the rain arrived, the Lady Comets collected a final win against Pearl River with help from pitcher Taylor Perilloux. Madison Hebert was on fire at bat, driving in four runs on three hits. Lauren St. Martin also performed well at bat with two hits.

St. Charles Catholic will enter the playoffs next week, with hopes of reaching the State Softball Tournament to be held April 30 – May 1 at Frasch Park in Sulphur.

GRAMERCY — The seventh annual Trinity Outdoors Bass Classic will be held on Saturday, May 1 at the St. James... read more