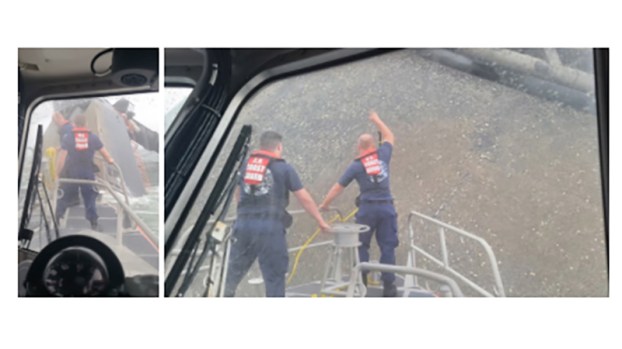 Coast Guard air and surface assets continued to search overnight, and the search will continue throughout the day. Coast Guard crews have searched for a combined 70 hours covering approximately 6,380 square miles, an area roughly the size of Hawaii.

Divers are on scene Thursday to conduct an assessment and begin operations in support of the ongoing search and rescue effort.

While search efforts for the crew are continuing, the incident has been declared a major marine casualty. The Coast Guard is leading a preliminary investigation and the National Transportation Safety Board will be joining in that effort.

Rescue assets involved in the search so far:

A Louisiana doctor was sentenced today to 18 months in prison for his role in a scheme to receive approximately... read more