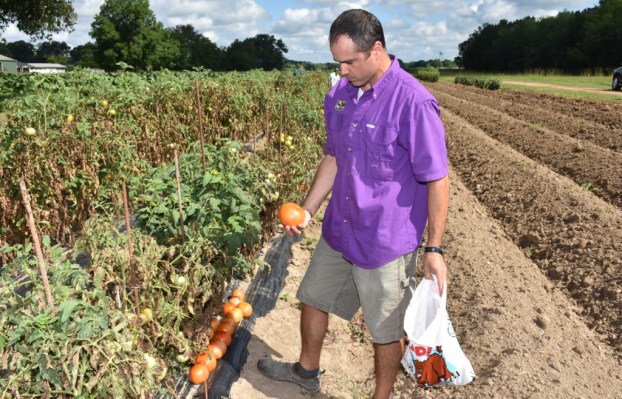 I’ve never been to an airshow but I’ve been lucky to see some incredible aeronautic stunts in my backyard lately. Some species of hummingbird stay in Louisiana year-round, including the fairly common ruby-throated and rufous species. Others arrive seasonally, usually in February, and warm weather is when transients and natives alike are most active.

Hummingbirds are “New World” species, only found in North and South America. They are found as far north as Alaska and Canada; as far south as Tierra Del Fuego, Argentina. At least 340 species exist, covering all sorts of habitats in between. Their habitats include deserts, rain forests and snowy mountain peaks. We have about 17 species in the United States, and most of them live in the most southern regions.

Their flight capabilities are truly amazing. Thanks to ball-and-socket wing joints, they have a wide range of wing motion. They are the only birds that can fly forward, backward, straight up or down. They can even fly upside-down and are the only birds that can hover. They have more power per unit mass than any other known vertebrate. In fact, the electromuscular impulses that fire their muscles are more like insects than birds.

Their metabolism is incredible as well. Their wings move at 80 beats per second, which gives them their namesake humming sound when flying. Their tiny little hearts give 200 beats per second… at rest! Yet they are surprisingly long-lived. One in captivity was recorded as living 17 years. Birds of extremes, they can enter into a “torpor” at night when needed. It’s a sort of deep sleep that sees their heartbeats slow and body temperatures drop immensely. It’s like a mini-hibernation that lasts overnight.

Though they weigh only a couple of grams, they migrate 500 miles each way across the Gulf of Mexico every year in a 20-hour non-stop flight. To fuel this trip and their fast-living lifestyle, they need lots of energy. They get much of this from flowers’ nectar, but high sugar demand also gives us a viewing opportunity.

Lots of hummingbird feeders are for sale in local stores, or you can make your own. Generally, they’re made of glass or plastic and the bottom is red. Even a little red paint on a homemade feeder is enough to get their attention. You can buy feeder mixes or simply add ¼ to 1/3 cup of white sugar to a cup of water. There’s no need to dye it red. And though this is a very active time for them, don’t worry about when to put feeders away. Hummingbirds know when it’s time to leave from daylength and other cues. Besides, some natives will enjoy your feeders year-round.

For best viewing, set up a few feeders in fairly close proximity. Males especially try and monopolize a given feeder. It’s fun to watch them chase each other but also good to have more feeders than one hummingbird can defend. This will ensure everybody can drink.

Flowers can be even better, as they also attract insects and such for the birds to eat. They’re mostly attracted to red, tubular flowers. Some good suggestions include coral honeysuckle, trumpet vine, salvia, cypress vine, or any of the cupheas. They also like shrimp plant, passion vine, plumbago, zinnia, bottlebrush and morning glory. Fill those feeders and get planting!

Why are Medicare Part D rules so confusing?

Hello Toni: I received my payment invoice from the Medicare Part D plan I recently enrolled in, and I am... read more