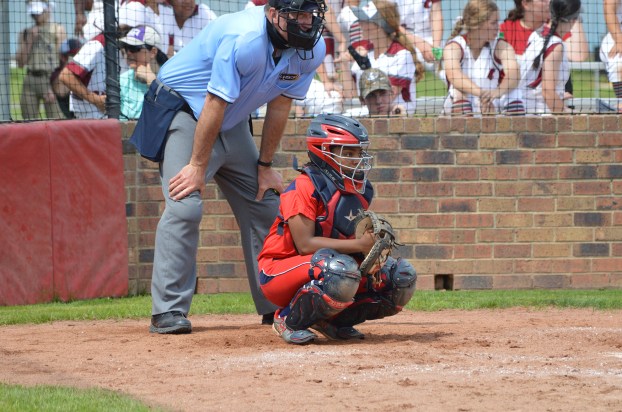 RESERVE — The Riverside Academy Lady Rebels softball team hosted a weekend tournament and collected two wins, including a shutout victory of Mt. Hermon and a seventh-inning comeback against Destrehan.

Destrehan was the first opponent of the weekend. Sophomore Alonah Felton slammed a home run in the bottom of the seventh to tie the score and force the game into ITB. Coach Tamra Regalo said solid pitching from Alainah Felton and Emily Vicknair was another factor that helped the Lady Rebels run away with a 5-4 win.

Riverside Academy faced Mt. Hermon second and steamrolled to a 15-0 win that featured a three-run homer from Ashley Hymel to end the game. The Felton sisters also came up big at bat with their own homeruns against the Lady Yellowjackets.

The Lady Rebels entered this week with a 9-5 record and geared up to face Central Private, Ecole Classique and Academy of Our Lady, leading up to a District double-header against St. Martin’s Episcopal.

While District 1A is unfamiliar territory for this year’s softball squad, they plan to bring their A-game.

This week, the Lady Rebels are also donning special puzzle piece hair ribbons in honor of Autism Awareness Month in April. Regalo said Riverside Academy is happy to take part in a series of awareness efforts spearheaded by representatives from the Lutcher and Ponchatoula softball programs.

“ASD is something so many families have experience with and we, as high school softball programs, want to highlight their victories and celebrate how they win every day,” Harper told Geaux Preps.

Regalo said a parent approached her about joining the effort, and the Lady Rebels plan to pay tribute to various awareness campaigns throughout the remainder of the season.

“We thought it was something good to hop on and be a part of,” she said.

Regalo said the 2021 softball season is sailing smoothly after a couple of early setbacks due to COVID-19.

“We basically got quarantined, so we didn’t get to practice together for a long time. We finally got rolling, and it’s starting to pick up,” Regalo said.

Riverside Academy remains a young team, made up mostly of sophomores. However, the Lady Rebels can rely on seniors Ashley Hymel, Chloe Simon and Cara Campbell, three friends who have played softball together for the past four-plus years. Hymel and Simon man the outfield, while Campbell controls third base.

Alonah Felton has been stepping up behind the plate, and Lea St. Pierre has done a superb job of stepping in as DH and hitting in the four-hole spot.

While the girls were able to come together for Metro ball in Summer 2020, losing a lot of last year’s season to COVID-19 and missing the chance to return to Sulphur has made them more appreciative of what it means to be able to play together.

“I definitely think we’re starting to mesh together for sure,” Regalo said. “We’re just hoping to get back to Sulphur and hoping that everyone is able to stay corona-free and play the game of softball.”

RESERVE — Alex Ross believes that hard work can get him anywhere he needs to be in life. The Riverside... read more