Donald Joseph Boudreaux, a lifelong resident of LaPlace, Louisiana, passed away peacefully at his home on March 27, 2021 at the age of 89. 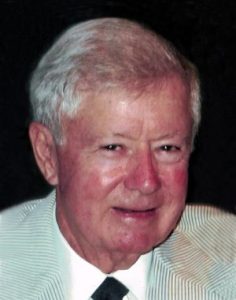 Donny was a civic-minded citizen. His many accomplishments include: Charter President of the LaPlace Jaycees where he worked to establish the parish library, member of the Knights of Columbus Council, Lifetime member of LaPlace Lions Club, King Du Monde III, and a school board member of St. John the Baptist Parish, St. Joan of Arc and St. Charles Catholic High Schools. Donny was a devout Catholic and recipient of the Order of St. Louis Medallion from the Archdiocese of New Orleans for his service to St. Joan of Arc Catholic Church.

Donny was preceded in death by his parents, Joel and Josepha Boudreaux. He is survived by his wife of 64 years, Betty Jean Ordoyne Boudreaux and his brother, Larry Boudreaux. He was a loving father to Kay Boudreaux Dunn (Rex), Donald Boudreaux, Jr., Anne Boudreaux Kahn (Morris) and Jane Boudreaux O’Flynn (Jimmy). He was the grandfather to Ellen Dunn, Andrew Dunn, Ben East, Will East, Alex East, Bentley Boudreaux, and Sylvie Kahn.