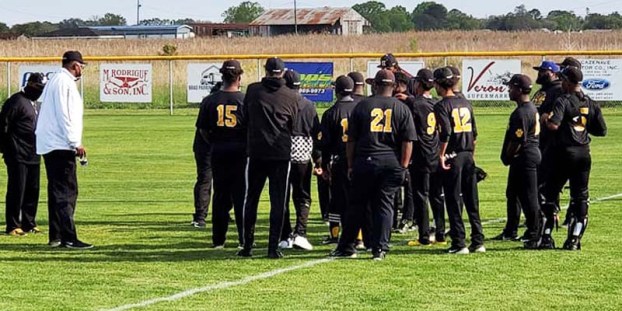 The E easily surpassed West Jefferson 14-2 on March 20 after exploding for 10 runs in the second inning. Ky’van Fobb, Kylon Harris, Marcus Jackson, George Smith, Asian Webb and Jeremy Wells were major contributors to driving in runs. Smith and Webb each hit triples, while Harris and Da’Jawn Johnson put in the work on the pitcher’s mound.

It was a battle of the Wildcats later in the day when East St. John went up against St. James. The St. John Parish Wildcats ultimately took home a 6-3 win, thanks to another strong second inning with five runs.

Earlier in the tournament, East St. John took a 12-2 loss against Covenant Christian Academy. The Wildcats are currently 4-11 and are looking to improve their standing for the second half of the regular season. District play began Tuesday evening and will continue for the next few weeks with back-to-back games against Terrebonne, Thibodaux, Hahnville, Destrehan, Central Lafourche and H.L. Bourgeois.