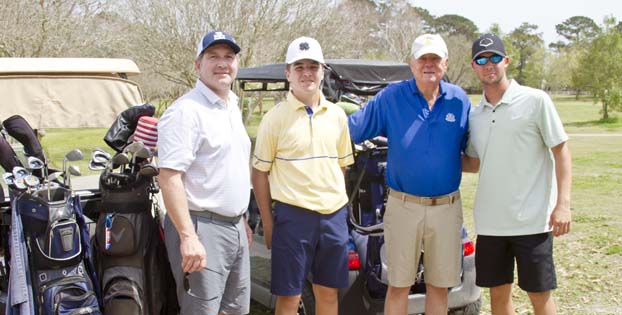 The day of food, beverages, door prizes and friendly competition among friends was especially sweet because it marked a return to normalcy.

Exactly one year ago, schools shut down statewide and people flocked to grocery stores to stock up on essentials after the coronavirus reached Southeast Louisiana. It’s been a wild ride since then, and Lion’s Club second vice president Jimmy O’Flynn said the golf tournament was the group’s first large event since the onset of the pandemic.

A smaller event held in October 2020 allowed the Lion’s Club to perform free vision screenings on more than 15 individuals. The Louisiana Lions Eye Foundation is among the charities supported by the annual golf tournament and other LaPlace Lion’s Club initiatives.

O’Flynn has been with the Lion’s Club for five years and has served in a vice president capacity for the past two. He enjoys socializing with friends and giving back to the community.

“We’re just getting started back up. We were shut down for a several months ourselves,” O’Flynn said. “We raise all of our money in house, and we disperse it out to all of our different charities in the community.”

Lions Club member Melanie Wright said the organization isn’t just for men. The diverse group represents the largest service organization in the world, and each member is united under the motto, “We serve.”

The golf tournament typically generates about $4,000 for local charities, which also include scholarships for high school students and summer camp opportunities for children with physical and intellectual disabilities. The Krewe du Monde ball and LaPlace parade are also under the Lion’s Club umbrella.

Meanwhile, local families and organizations took on unique challenges on the golf course, including one hole that placed the golfers in an inner tube with tiki torches and another hole that forced the golfers to sit on a toilet while swinging the club.

A new TV was the grand prize, and summer pool memberships were also awarded.