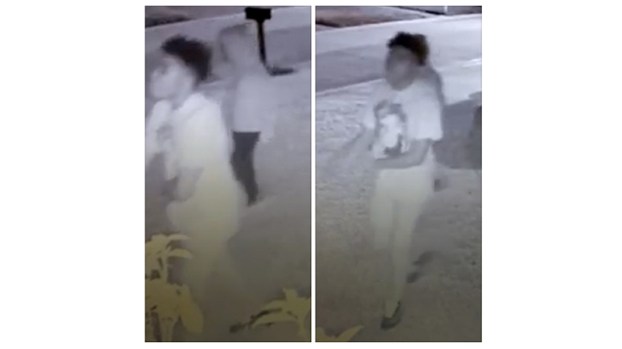 The St. Charles Parish Sheriff’s Office is seeking the assistance from the public in identifying subjects that may have involvement in an aggravated criminal damage to property incident that occurred on February 28, 2021.
On February 28, 2021, just after 12:00 a.m. the S.C.S.O. responded to a complaint of gunshots in the area of 91 Carriage Lane in Destrehan, LA. During the investigation, detectives learned a building was struck with a projectile.
Video was located showing two subjects fleeing from the area immediately after the incident. It is believed that the two subjects were either directly involved in the incident, or may have witnessed the incident occur.
The S.C.S.O. is seeking the public’s assistance in identifying the two subjects shown in the attached photograph so that they could be located and brought in for questioning. If anyone has information about the incident or believes they can identify the subjects, they are urged to contact Detective Kevin Tennison of the St. Charles Parish Sheriff’s Office at (985)783-6807.
You Might Like