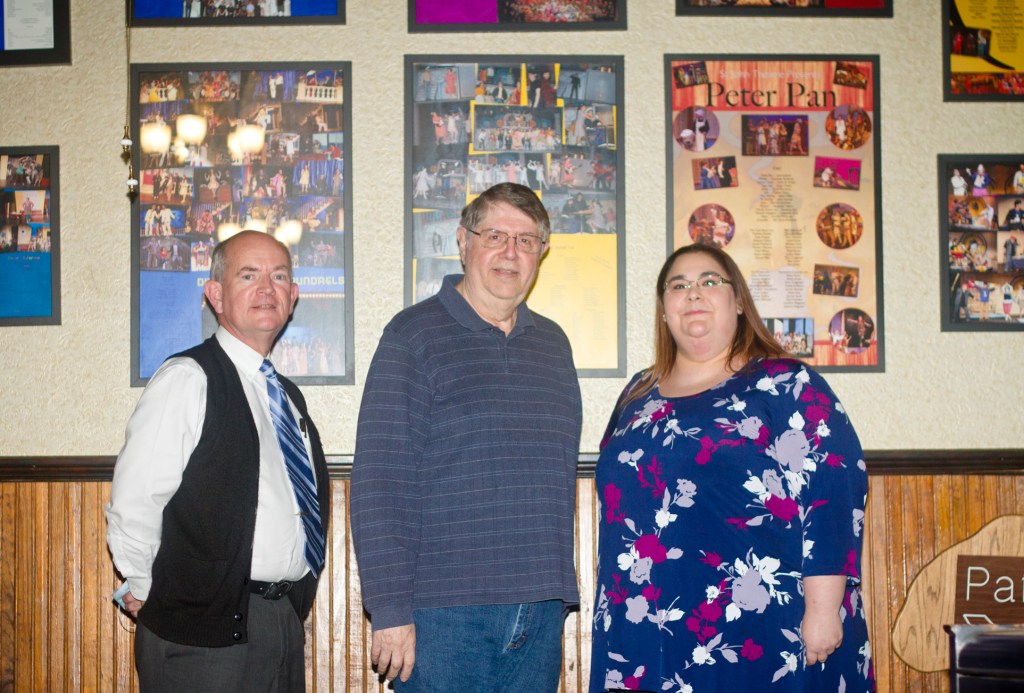 RESERVE — The walls of St. John Theatre are like those of a museum, filled with photos and treasured memories of 40 years of community productions.

Since opening night of the first production in July 1981, the mission has remained the same: to offer each child and adult of the community the opportunity to participate in or be a patron of a series of fine arts activities offered during the year. Everyone who comes through the doors at 115 West Fourth Street and River Road in Reserve brings a special talent, whether it is on stage or behind the scenes.

Volunteers have been the backbone of the family-friendly organization since the very beginning.
Judge J. Sterling Snowdy grew up in the midst of community theater. His father, Jack Snowdy, landed in St. John the Baptist Parish from a little town in the middle of the state after securing a teaching job at Leon Godchaux High School. He was a multi-talented man who taught English and led a St. John Community Theatre group.

Some of Sterling Snowdy’s earliest recollections involved attending dress rehearsals on school nights. He uttered the first line of the first show to at St. Peter School, where most of the productions took place prior to the acquisition of the present-day building. A few productions were held at Leon Godchaux High School until it ultimately burnt burned down.

Sterling Snowdy remembers all that went into finding a permanent home for local theater.

In 1974, a group of citizens led by Jack Snowdy and the Reserve Lions Club proposed to the Police Jury (the predecessor of the Parish Council) that St. John the Baptist Parish needed its own cultural center. A feasibility study affirmed the need for a cultural center in the mid-1970s, but parish voters pushed down the proposal once it was on the ballot.

Undeterred, the Cultural Center Committee went to the Parish to seek help in obtaining the historic Maurin Theatre in Reserve. Built in 1931, the structure was a relic from the days when mom and pop theaters reigned supreme for weekend entertainment. The Parish Council voted unanimously to provide funds to purchase and renovate the building, and it was leased to the Cultural Center Committee in May 1980.

Sterling Snowdy said Parish Secretary Robert Becnel was instrumental in shepherding the effort, which proved to be a massive step in the right direction for cultural arts in St. John the Baptist Parish.

“Before, you were at the beck and call of a master of the house. They carried the keys and told you when you could come in. To have our own place was a Godsend,” Sterling Snowdy said. “We were given funding to start retrofitting the building. They had faith that we would succeed. Otherwise they would not have done that kind of thing. Theater is risky business.”

Robert Beadle had been part of the theater group since the 1970s, after Jack Snowdy handed him tickets to watch a production of “Oliver” and asked if he could play the part of Fagin in a summer production.

Beadle was overwhelmed by the thought of singing and dancing on stage, but he decided to give it a try. He played Fagin that summer in 1972, wearing his mother’s overcoat as part of his costume, and he was instantly smitten by the compliments and applause he received.

Beadle played the lead role of Emile de Becque alongside Suzanne Reed when South Pacific premiered on July 23, 1981 to an audience of more than 300. The song “Some Enchanted Evening” perfectly captured the magic of the night.

It wouldn’t have been possible without the volunteers who turned the old Maurin Theatre into a facility fit for live theater. This included adding a pit, deepening the stage and adding dressing rooms in the back.

“A lot of those people were from the Greatest Generation, the WWII generation,” Beadle said. “They were hardworking, dedicated people who came in here and sewed the seats and cleaned the floor and hung curtains to get it all ready for opening night in 1981.”
Over the years, the building has also become a home for the Sugar Queen Pageant and the Andouille Pageant, as well as an assortment of dramas, comedies, concerts and children’s workshops. Parish agencies, including St. John United Way, have been steadfast sponsors.

Over the past 40 years, it hasn’t been uncommon to see two or even three generations of family members performing on stage together.

Mike Brooks jokes that he was a sports person who jumped over to theater when he “got too old, fat and slow.” In reality, he has always loved theater, but he didn’t dive head first into the arts until he was an adult with children of his own.

When his kids auditioned for St. John Theatre’s “The Sound of Music” in 1991, Brooks auditioned along with them. He felt on par with the biggest Broadway stars when he delivered his three lines in that first production, and he’s never looked back.

Brooks went on to become a director for St. John Theatre productions. He loves having fun on stage, and he now enjoys working with kids who share the same dream. Each cast becomes like a family, except the drama is reserved for the stage.

“It’s been a community effort, and I love it. The arts are so important, and it always takes the back seat, it seems, to everything else,” Brooks said. “If it weren’t important, it wouldn’t have been around since the Ancient Greeks and Ancient Romans. It was important for them to express themselves, and so it is for us now.”

It’s an important outlet not only for the performers on stage, but also the artists who create the sets, designers who hand craft costumes and choreographers who bring dance numbers to perfection. Board member Danielle Ordoyne is among the behind the scenes supporters of St. John Theatre. She was drawn in after watching a family member perform and now helps with the Theatre’s online presence, promoting shows, selling tickets and much more.

“It’s special to be part of something that brings so many people so much happiness,” she said.
Sterling Snowdy uses his talents to lead the orchestra. He emphasized that there is a place for everybody, and no volunteers are turned away.